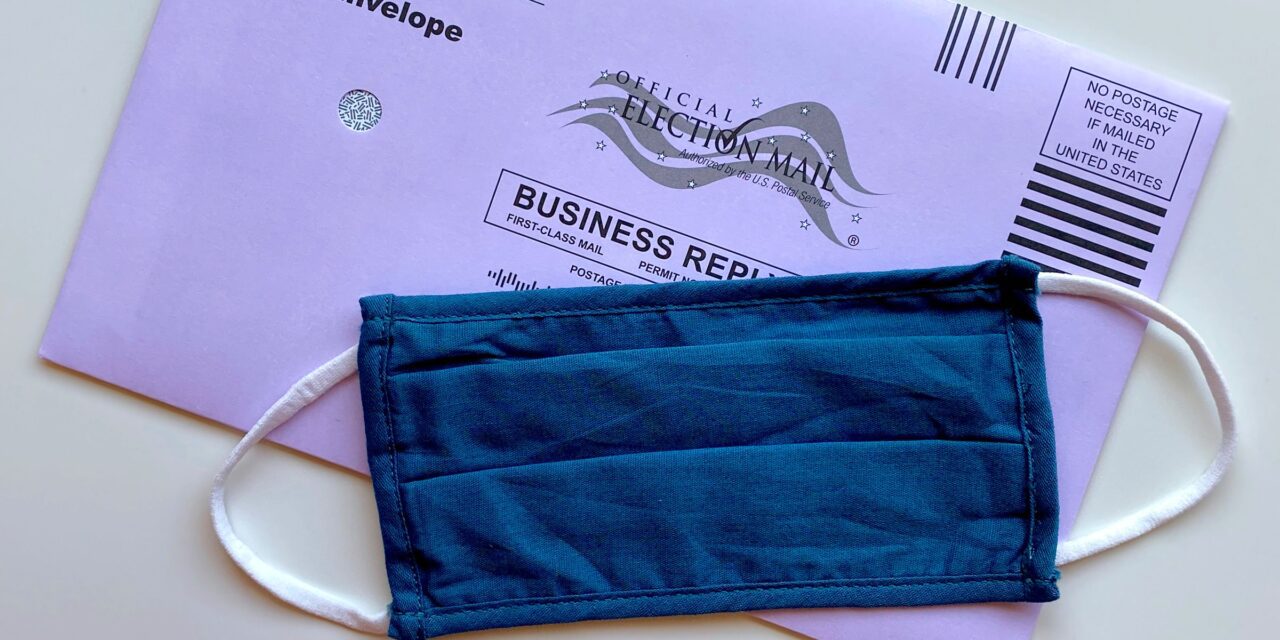 Sometimes blowing away the noise and residual dust is a necessary act of Catharsis for all.   Please listen to what Trump’s co author for his best selling Art of the Deal , is predicting about the upcoming NOV. 2020 presidential election. You may find this information, from a Trump insider and confidant, elucidating.

To all those suffering long on the  losing side of a rapidly changing World economy and disloyal politicians; see easy prey to a master manipulator. It is understandable and very disheartening when the truth comes out about someone you trusted to lead you out of your misery and displacement is actually a fraud.  Yet the truth eventually comes out 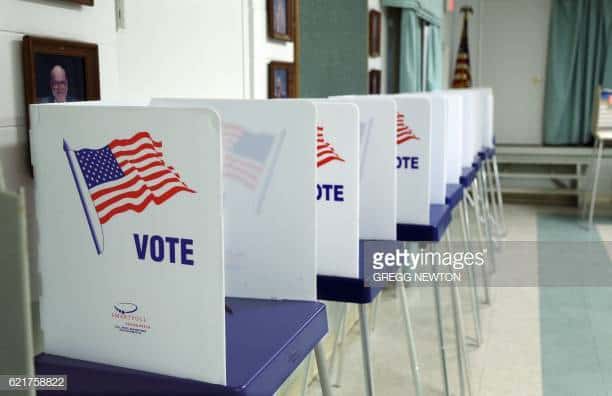 “Representative Elijah Cummings had the final word, as chair of the Oversight Committee. I sat in silence, listening to this now deceased man with decades of experience in the civil rights movement and other forms of public service, who as a lawyer had represented disgraced lawyers like me. He understood that even the least of us deserve the opportunity to seek penance, redemption and a second chance in life. Cummings was the lone politician I encountered in all my travails who took an interest in me as a human being. When I reported to serve my sentence, he even took steps to ensure my security in prison. It was a selfless act of kindness for which I will always be grateful.

“I know this has been hard,” Cummings said to me and the nation, his words hitting me like a kick in the gut. “I know you’ve faced a lot. I know that you are worried about your family. But this is a part of your destiny. And hopefully this portion of your destiny will lead to a better Michael Cohen, a better Donald Trump, a better United States of America, and a better world. And I mean that from the depths of my heart.”

From a friend: Here’s a handy reference for actual law-and-order types and people who genuinely appreciate and respect our military:

• ⁠In May 2020, the White House ended National Guard deployments one day before they could claim benefits

• ⁠The Trump admin seized 5 million masks intended for VA hospitals. Kushner distributes these masks to private entities for a fee, who then sells the masks to the government

• ⁠Trump fired the captain of the USS Theodore Roosevelt after he warned superiors that COVID19 was spreading among his crew. The virus subsequently spread amongst the crew.

• ⁠Trump mocked Lt. Col. Vindman for his rank and uniform. He threatened said purple heart officer, resulting in the Army providing him protection

• ⁠There is a facility in Tijuana for US veterans that Trump deported. Wounded war vet, Sen Duckworth (D) marked Veterans Day 2019 by visiting this facility

• ⁠In Sept 2019, he made an Air Force cargo crew, flying from the U.S. to Kuwait stop in Scotland (where there’s no U.S. base) to refuel at a commercial airport (where it costs more), so they could stay overnight at a Trump property (which isn’t close to the airport). Trump’s golf courses are losing money, so he’s forcing the military to pay for 5-star nights there.

• ⁠In Aug, 2019, emails revealed that three of Trump’s Mar-a-Lago pals, who are now running Veterans Affairs, are rampant with meddling. “They had no experience in veterans affairs (none of them even served in the military) nor underwent any kind of approval process to serve as de facto managers. Yet, with Trump’s approval, they directed actions and criticized operations without any oversight. They wasted valuable staff time in hundreds of pages of communications and meetings, emails show. Emails reveal disdainful attitudes within the department to the trio’s meddling.”

• ⁠Veterans graves will be “dug up” for the border wall, after Trump instructed aides to seize private property. Trump told officials he would pardon them if they break the law by illegally seizing property

• ⁠Children of deployed US troops are no longer guaranteed citizenship. This includes US troops posted abroad for years at a time (August 28, 2019)

• ⁠Trump denied a U.S. Marine of 6 years entry into the United States for his citizenship interview (Reported July 17, 2019)

• ⁠Trump made the U.S. Navy Blue Angels violate ethics rules by having them fly at his July 4th political campaign event (July 4, 2019)

• ⁠Trump demanded US military chiefs stand next to him at 4th of July parade (reported July 2, 2019)

• ⁠In June, 2019, Trump sent troops to the border to paint the fence for a better “aesthetic appearance”

• ⁠Trump used his D-Day interview at a cemetery commemorating fallen US soldiers to attack a Vietnam veteran (June 6, 2019)

• ⁠Trump started his D-Day commemoration speech by attacking a private citizen (Bette Midler, of all people) (reported on June 4th, 2019)

• ⁠Trump made his 2nd wife, Marla Maples, sign a prenup that would have cut off all child support if Tiffany joined the military (reported June 4th, 2019)

• ⁠On May 27, 2019, Trump turned away US military from his Memorial Day speech because they were from the destroyer USS John S. McCain

• ⁠On March 20, 2019, Trump complained that a deceased war hero didn’t thank him for his funeral

• ⁠Between 12/22/2018, and 1/25/2019, Trump refused to sign his party’s funding bill, which shut down the government, forcing the Coast Guard to go without pay, which made service members rely on food pantries. However, his appointees got a $10,000 pay raise

• ⁠He finally visited troops 2 years after taking office, but only after 154 vacation days at his properties (Dec 26, 2018)

• ⁠He revealed a covert Seal Team 5 deployment, including names and faces, on Twitter during his visit to Iraq (Dec 26, 2018)

• ⁠Trump lied to deployed troops that he gave them a 10% raise (12/26/2018). He tried giving the military a raise that was lower than the standard living adjustment. Congress told him that idea wasn’t going to work. Then after giving them the raise that Congress made him, he lied about it pretending that it was larger than Obama’s. It wasn’t.

• ⁠He tried to slash disability and unemployment benefits for Veterans to $0, and eliminate the unemployability extrascheduler rating (Dec 17, 2018)

• ⁠He called troops on Thanksgiving and told them he’s most thankful for himself (Thanksgiving, 2018)

• ⁠While in Europe commemorating the end of WWI, he didn’t attend the ceremony at a US cemetery due to the rain — other world leaders went anyway (Nov 10, 2018)

• ⁠He used troops as a political prop by sending them on a phantom mission to the border and made them miss Thanksgiving with their families (Oct-Dec, 2018)

• ⁠He stopped using troops as a political prop immediately after the election. However, the troops remained in muddy camps on the border (Nov 7, 2018)

• ⁠Trump changed the GI Bill through his Forever GI Act, causing the VA to miss veteran benefits, including housing allowances. This caused many vets to run out of food and rent. (reported October 7, 2018)

• ⁠He sent commandos into an ambush due to a lack of intel, and sends contractors to pick them up, resulting in a commando being left behind, tortured, and executed. (Trump approved the mission because Bannon told him Obama didn’t have the guts to do it) (Oct 4, 2017)

• ⁠Trump accepted a Purple Heart from a fan at one of his rallies and said: “I always wanted to get the Purple Heart. This was much easier.” (Aug 2, 2016)

• ⁠Trump sent funds raised from a Jan 2016 veterans benefit to the Donald J Trump Foundation instead of veterans charities (the foundation has since been ordered shut because of fraud) (Jan, 2016)

• ⁠Trump said he doesn’t consider POWs heroes because they were caught. He said he prefers people who were not caught (July 18, 2015)

• ⁠Trump said having unprotected sex was his own personal Vietnam (1998)

• ⁠For a decade, Trump sought to kick veterans off of Fifth Avenue because he found them unsightly nuisances outside of Trump Tower. 1991

• ⁠Trump dodged the draft 5 times by having a doctor diagnose him with bone spurs.

• ⁠No Trump in America has ever served in the military; this spans 5 generations, and every branch of the family tree. In fact, the reason his grandfather immigrated to America was to avoid military service. 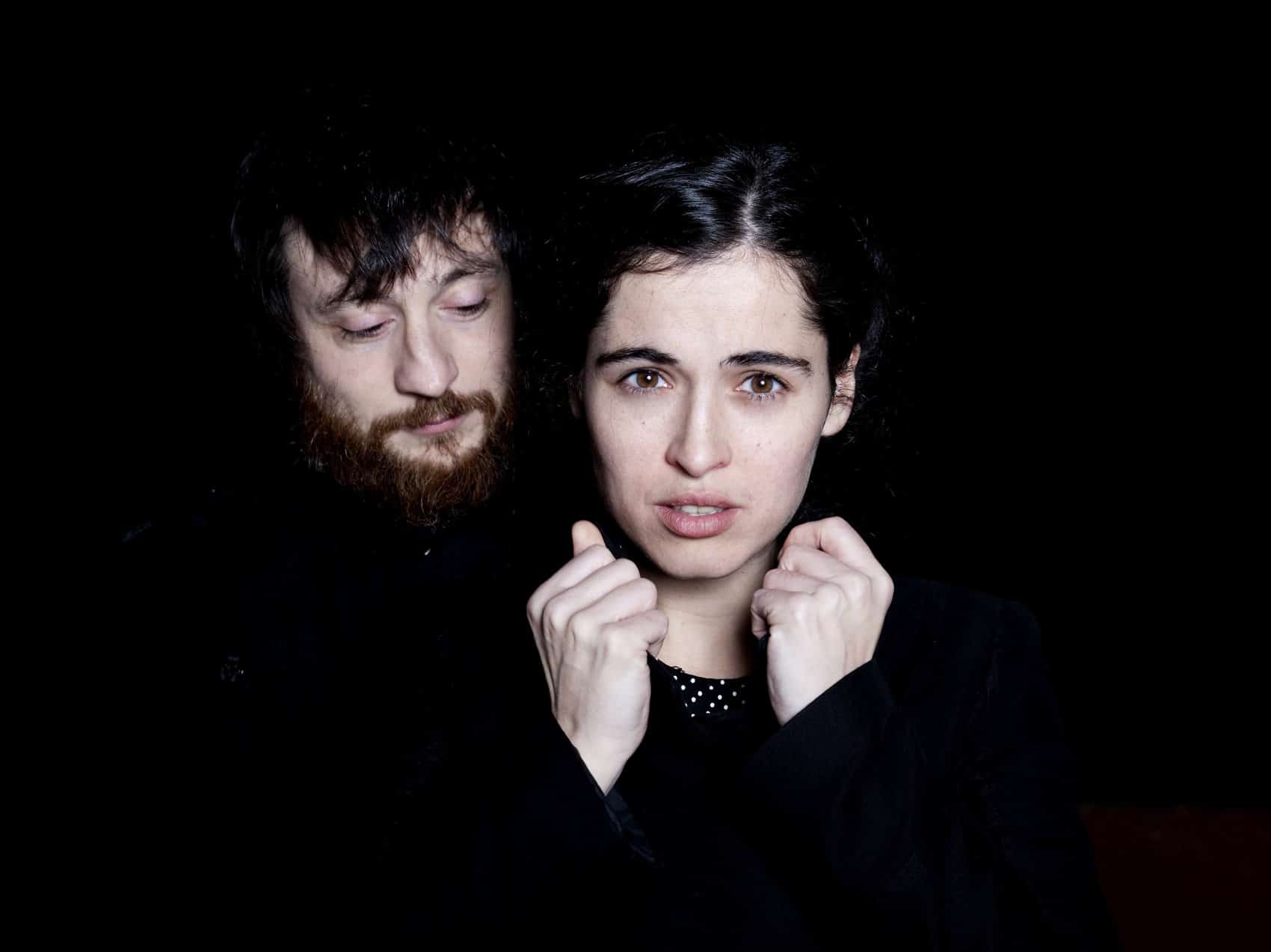 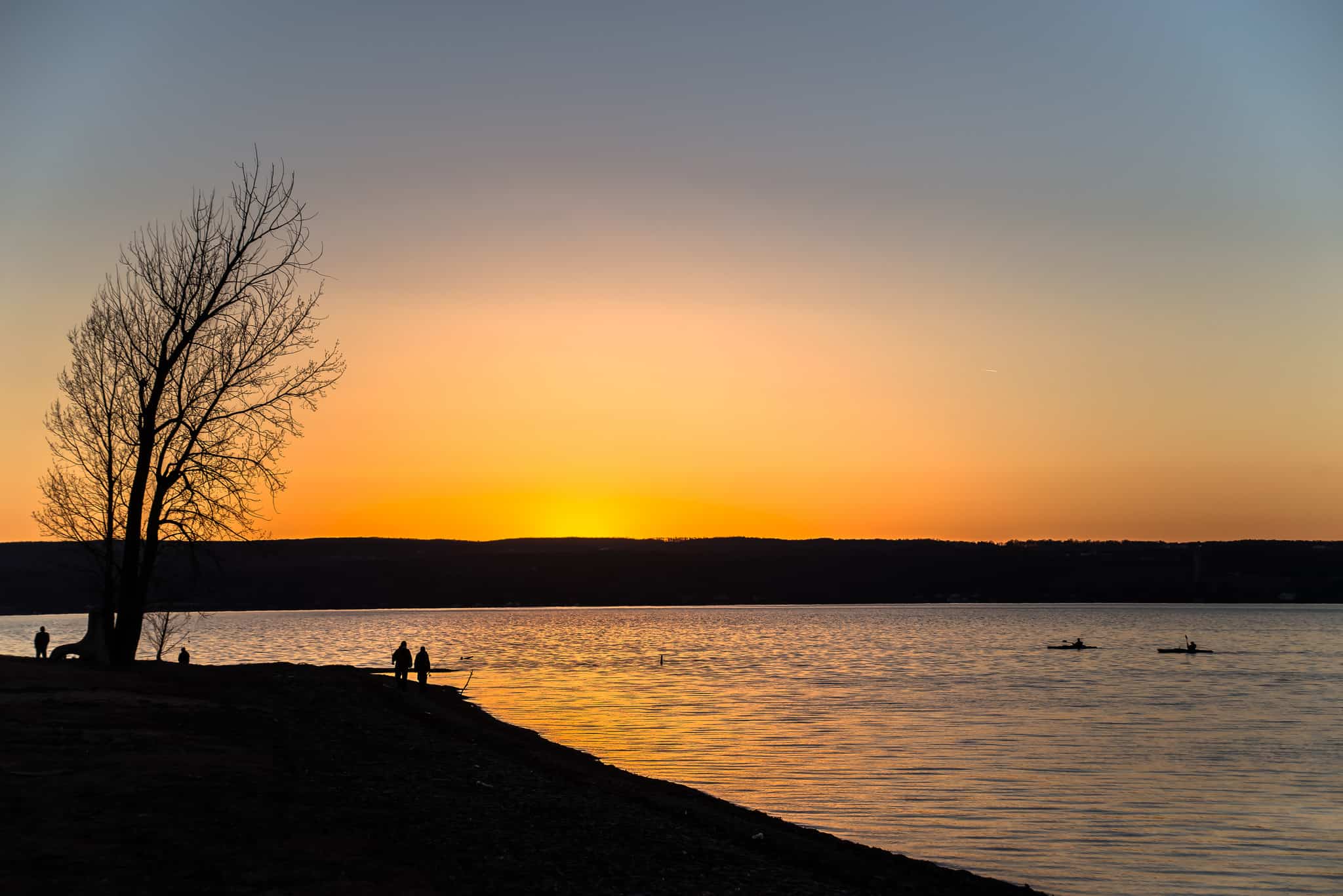 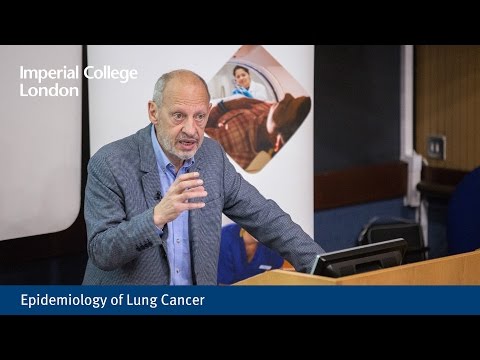 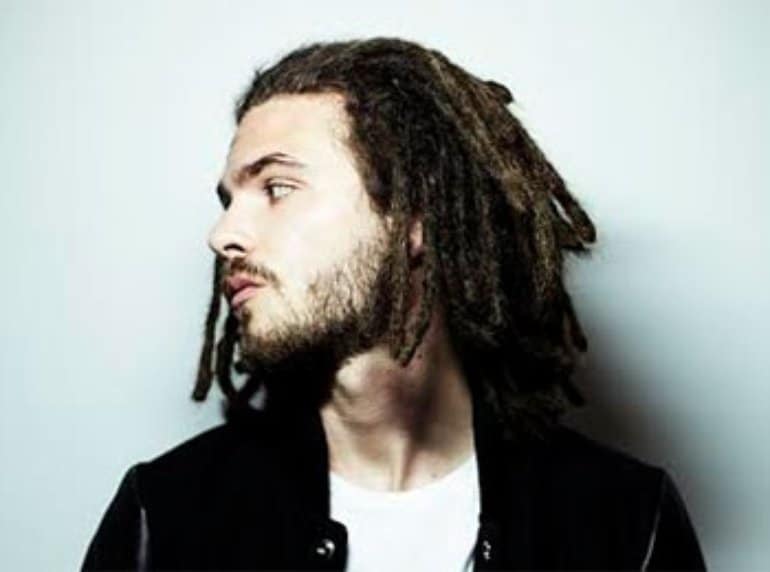