A passionate version of 1944 sung by Elina Ivaschenko 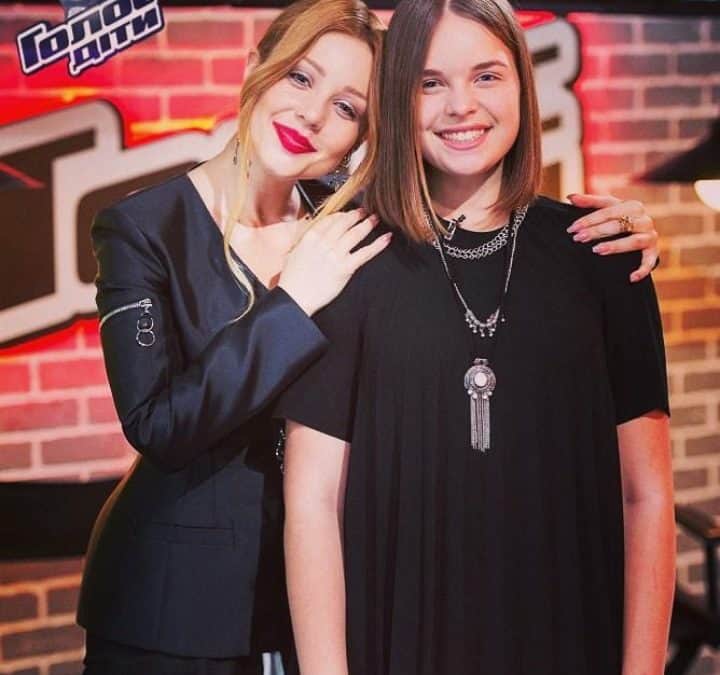 Elina Ivaschenko singing, “1944” by Jamala. The Voice. Kids – season 3 episode 9 – Semi-Final. LYRICS: When strangers are coming They come to your house They kill you all and say We’re not guilty not guilty Where is your mind? Humanity cries You think you are gods But everyone dies Don’t swallow my soul Our souls Yaşlığıma toyalmadım Men bu yerde yaşalmadım Yaşlığıma toyalmadım Men bu yerde yaşalmadım We could build a future Where people are free to live and love The happiest time Where is your heart? …

The Voice of Elina Ivaschenko Elina Ivashchenko was born in January 9, 2002. Currently lives in Brovary, Ukraine. She was the winner of The Voice Kids Ukraine, season 3. “To be honest, on the night the show ended, we went home and dreamed with her, I dreamed many times in my life, but I never saw a woman so smiling. Maybe I was inspired by her, I do not know, but this is a dream that I will remember forever ” Elina is an orphan and her participation in the project was dedicated to her mother! INDEX OF MUSIC 0:00 За лісами горами 4:29 Elina, Lisa, and Anna – Love on Top 7:15 1944 10:23 Під облачком (*) The song “I Have Nothing” not included by copyright issues: https://youtu.be/PO_utqXTKYI 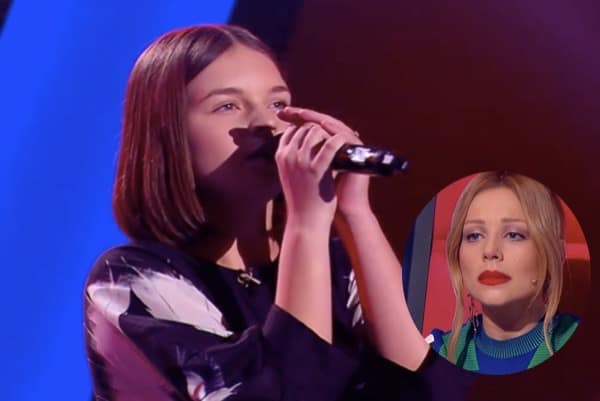 This is hands down, the best vocal performance Life to date, this lad has watched on any voice competition show. Jamala’s Eurovision 2016 song “1944” deals with the forced migration of Crimean Tartars

under Stalin. And on Sunday night’s episode of The Voice Kids Ukraine, 14-year-old Elina Ivashchenko proved that — despite the difficult subject matter — children can engage with it both vocally and emotionally. Ahead of the show all of the contestants had to choose solo songs and young Elina — who is coached by Eurovision 2006 star Tina Karol — chose this belter of a tune, leaving her coach in tears before the performance was even over. Needless to say, Tina was very impressed, saying that the performance was one of the best ever seen on the series. Elina, who clearly understands the importance of giving thanks, presented Tina with a special gift — a hand-painted portrait of the singer. How convenient that she had packed that in her handbag. “It was a very dangerous choice, but you did it with dignity,” MONATIK, another coach on the show, said. “Thank you.” Tina went on to choose Elina as one of her two finalists for the next round of the show. As Elina belted out the tune, the reigning queen of Eurovision was listening — and she later praised the up-and-comer on Facebook. She wrote: “Elina, thank you! Unfortunately, it is a very difficult song, really … in every sense! Well done! I wish you success at The Voice Kids!”

5 December 2016 Nova Bydova and RC “Shchaslyvyi” happily congratulate Elina Ivashchenko, the super final winner of the spectacular vocal show “The Voice. Kids”, on her victory! Both the talented participants of the show and its spectators have been taken away by emotions live on the “1+1” TV channel.
In addition to numerous greetings, the winner received a pleasant surprise from the sponsor of the show NovaBydova – a trip to the fabulous Disneyland in Paris! The gift voucher for a trip was handed over by the company’s image Olha Freimut to the happy winner during the final show. NovaBydova and RC “Shchaslyvyi” are happy to discover new and young talents in our country! We wish the talented Elina Ivashchenko a wonderful trip to the stunning Disneyland. Our wish to all other show participants is that they continue with their singing carrier, keep on achieving new heights, and dream on.
Lyrics:
Enjoying this article, visit the Americana Emerging Artist article on Durham Cool!
More Emerging Artists on Durham Cool Click Here!
The deportation of the Crimean Tatars (Crimean Tatar Qırımtatar sürgünligi; Ukrainian Депортація кримських татар; Russian Депортация крымских татар) was the ethnic cleansing of at least 191,044 Tatars from Crimea in May 1944. It was carried out by Lavrentiy Beria, head of the Soviet state security and secret police, acting on behalf of Joseph Stalin. Within three days, Beria’s NKVD used cattle trains to deport women, children, the elderly, even Communists and members of the Red Army, to the Soviet Republic of Uzbekistan, several thousand kilometers away. They were one of the ten ethnicities who were encompassed by Stalin’s policy of population transfer in the Soviet Union. The deportation ostensibly was intended as collective punishment for the perceived collaboration of some Crimean Tatars with Nazi Germany. Soviet sources indict the Tartars as traitors; Tatar nationalists dispute this, maintaining the program was part of the Soviet plan to gain access to the Dardanelles and acquire territory in Turkey where the Tatars had ethnic kinsmen. Although the Nazis initially viewed the Crimean Tatars negatively, their policy changed in face of determined Soviet resistance. Many of the Soviet prisoners of war were recruited by the Wehrmacht support units. Meanwhile, 15,000 to 20,000 Crimean Tatars were persuaded to form self-defence battalions to protect Crimean Tatar villages from attacks by Soviet partisans as well as hunting them down, though these units typically sided with whoever was stronger in an area. In addition, Muslim Committees were also formed, giving them limited self-governance. This increased the suspicion despite a similar number as the self-defense volunteers also having joined the Red Army and thousands still serving when the Soviets attacked Berlin, with numerous Crimean Tatars also joining the partisans. Majority of hiwis and their families, along with those associated with Muslim Committees eventually were evacuated, with the agreement of Soviet officials. However, the demand for punishing them grew louder. Nearly 8,000 Crimean Tatars died during the deportation, while tens of thousands perished subsequently due to the harsh exile conditions. The Tatar exile resulted in the abandonment of 80,000 households and 360,000 acres of land. Stalin sought to eradicate all traces of the Crimean Tatars and, in subsequent censuses, forbade any mention of the ethnic group. In 1956, the new Soviet leader, Nikita Khrushchev, condemned Stalin’s policies, including the deportation of various ethnicities, but did not lift the directive forbidding the return of the Crimean Tatars. They remained in Central Asia for several more decades until the Perestroika era in the late 1980s when 260,000 Tatars returned to Crimea. Their exile lasted 45 years. The ban on their return was officially declared null and void, and the Supreme Council of Crimea declared on 14 November 1989 that the deportations had been a crime. By 2004, sufficient numbers of Tatars had returned to Crimea that they comprised 12 percent of the peninsula’s population. The local authorities did not assist their return or compensate them for the land they lost. On 12 December 2015, the Ukrainian Parliament issued a resolution recognizing this event as genocide and established 18 May as the “Day of Remembrance for the victims of the Crimean Tatar genocide”. The Russian Federation, the successor state of the USSR, did not provide reparations, compensate those deported for lost property, or file legal proceedings against the perpetrators of the forced resettlement. The deportation was a crucial event in the history of the Crimean Tatars and has come to be seen as a symbol of the plight and oppression of smaller ethnic groups by the Soviet Union.