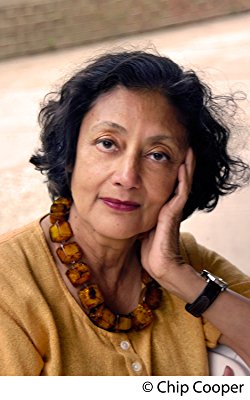 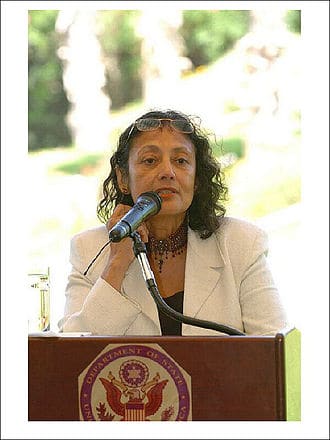 Mukherjee, who died Saturday in Manhattan, grew up in India, Switzerland and England. Her work explores the thoughts and experiences of immigrants from many countries.

Bharati Mukherjee (July 27, 1940 – January 28, 2017) was an American writer and professor emerita in the department of English at the University of California, Berkeley.
Of Bengali origin, Mukherjee was born in Kolkata, West Bengal, India. She later travelled with her parents to Europe after Independence, only returning to Calcutta in the early 1950s. There she attended the Loreto School. She received her B.A. from the University of Calcutta in 1959 as a student of Loreto College, and subsequently earned her M.A. from the University of Baroda in 1961. She next travelled to the United States to study at the University of Iowa. She received her M.F.A. from the Iowa Writers’ Workshop in 1963 and her Ph.D. in 1969 from the department of Comparative Literature.
After more than a decade living in Montreal and Toronto in Canada, Mukherjee and her husband, Clark Blaise returned to the United States. She wrote of the decision in “An Invisible Woman,” published in a 1981 issue of Saturday Night. Mukherjee and Blaise co-authored Days and Nights in Calcutta (1977). They also wrote the 1987 work, The Sorrow and the Terror: The Haunting Legacy of the Air India Tragedy (Air India Flight 182).

Here is a Fresh Air 2002 interview with Terry Gross, from NPR: