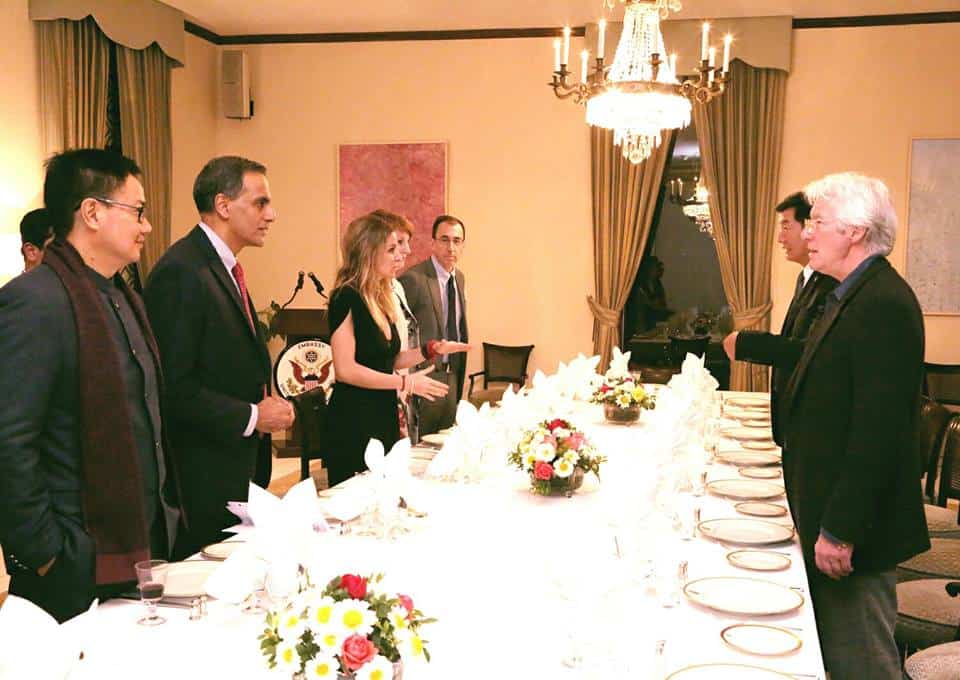 The dinner hosted by Verma on Jan. 15 in honor of Hollywood actor and personal friend Richard Gere was also attended by the Prime Minister of the Tibetan exile government, Lobsang Sangay. The photo of the dinner shared by Indian Union Minister Kiren Rijiju on Jan. 26, showed PM Sangay among those sitting around the high profile dinner table.

Chinese Foreign Ministry in a statement on Saturday mentioned, “No country in the world recognizes the so-called Tibetan government-in-exile.” It said that China is, “firmly against any country’s official contact with it in any form, and resolutely opposed to any country’s interference in China’s internal affairs by using Tibet related issues as an excuse.”

The initial report by PTI also suggested that Sangay’s presence at the gathering may signal prominence to the Tibet issue in international fora. Dharamshala based Central Tibetan Administration has made no official acknowledgement of the incident apart from sharing reports from the mainstream media. Sangay also shared a report from a leading Indian media outlet on Facebook.

Ambassador Verma has been a visible arm in the US diplomacy that is positioned to counter Chinese claim of bordering Indian region in Arunachal Pradesh. He visited the Tawang region in October last year against China’s wish.