Durham During the Great War-Wraps up successful run with Public Event! 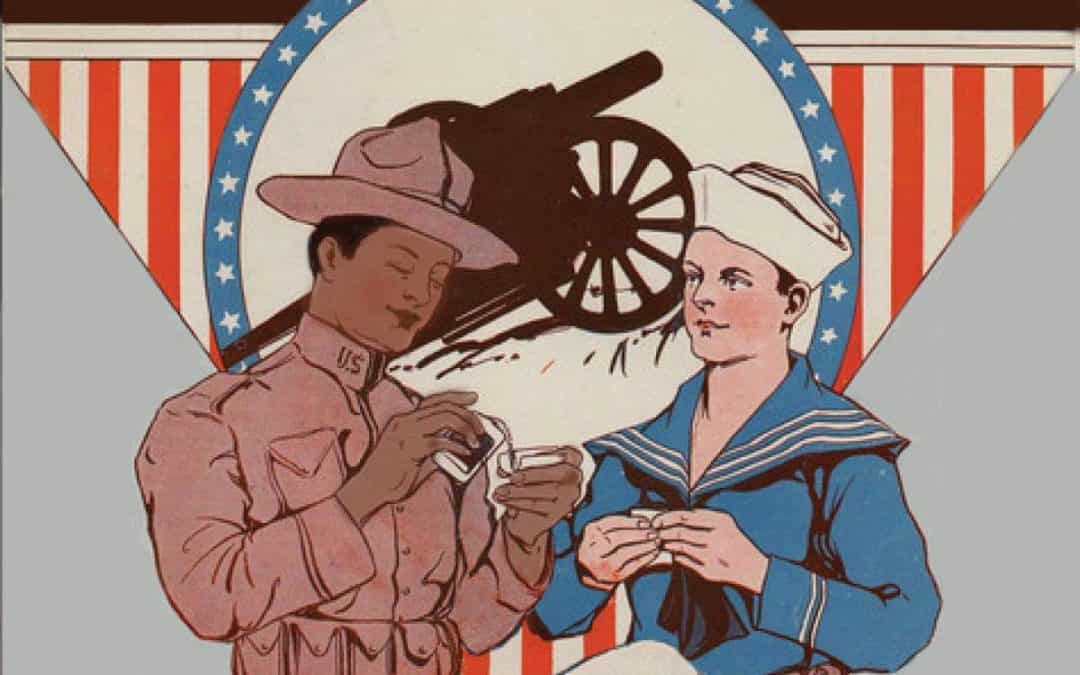 Durham During the Great War

Historian caps off the program at Museum of Durham History

Join us at the Museum of Durham History as we mark the closing of our exhibit, Durham During the Great War. Guest lecturer and Duke University professor Dr. Adriane Lentz-Smith will give a talk on African American service during World War I and their perceptions of the war. A brief Q&A session will follow. Light refreshments will be served during this FREE event at 500 W. Main St. on Friday, Dec. 7th from 6-8PM.

Adriane Lentz-Smith is Associate Professor in the Department of History, African & African-American Studies, and Gender, Sexuality and Feminist Studies at Duke University. Her book, Freedom Struggles: African Americans and World War I (2009) won the Honor Book Award from the Black Caucus of the American Library Association, and her work has been featured on PBS’s “The American Experience” as well as on public radio and the BBC.

Programming made possible by generous support from:

There is much history in the Bull City, and some of it can be found within these pages. Journalist and local historian Jim Wise relates how Bull Durham smoking tobacco put Durham, North Carolina, on the map; how a plastic cow and an oversized flag cut the city council down to size; how it felt to travel back in time at the Duke Homestead; and how sportsman Al Mann and “Mom” Ruby Planck left indelible marks on their hometown. Durham’s stories are its own, but in them, readers may find people, places, and truths that resonate with hometowns everywhere.

The Dukes of Durham by Robert Durden

This is the history of Washington Duke and two of his sons, Benjamin Newton Duke and James Buchanan Duke. Although numerous other members of the family play their parts in the story it focuses primarily on the three men who were at the center of the economic and philanthropic activities which made the Dukes of Durham one of America’s famous families. The Dukes operated closely and constantly as a family, and only in that context is their full story told.In the years after the Civil War, Washington Duke proved to be an unusually able industrialist and a conscientious, Methodist philanthropist. He was, in fact, a major Southern pioneer in both industry and philanthropy. His two sons by a second marriage were remarkably devoted to each other as well as to their father. Both sons also reflected traits of thier father. While Benjamin N. Duke and James B. Duke had life-long involvement with the business world—first in tobacco, then textiles, and finally electric power—as well as with philanthropy, they actually developed complementary specializations. Benjamin N. Duke, the older of the two, served as the family’s primary agent for philanthropy from his early manhood in the late 1800’s until he gradually became semi-invalid after 1915. James B. Duke, on the other hand, early displayed a marked talent, even a genius, for business. Toward the end of his life, with the establishment of The Duke Endowment late in 1924, he emerged as one of the nation’s major philanthropists, ranking alongside Andrew Carnegie and John D. Rockefeller. A central theme of this book is, however, that the Endowment, despite its magnitude and far-reaching scope, was essentially the institutionalization and culmination of a pattern of family philanthropy that emerged in the 1890’s and for which the older brother, Benjamin N. Duke, had always been the primary agent. Thus, the story of James B. Duke, who was and has remained much the more well-known of the two brothers, cannot properly be told out of the family context from which he emerged and in which occurred most of the important phases of his life.

Washington Duke, as a small, land-owning yeoman farmer, was typical of the great majority class not only in antebellum North Carolina but in the South as a whole. Only after the war, when he and his sons emerged as large-scale industrialists and philanthropists, did the Dukes become atypical. Their story is, then, both agricultural and industrial, both Southern and national. Born North Carolinians, they moved onto a national, even global, stage. Yet all the while they kept deep roots, as well as vast investments of capital, in the Old North State, and they poured many millions into philanthropy, largely in the two Carolinas. Based largely on manuscript sources, many of them hitherto unused, this is the first study of the Duke family. The “New South,” as recent historians have told us, may not have been so new—but it was certainly different in important ways, and the Dukes loomed large among those who helped to make it so.

African Americans of Durham County
Durham County, North Carolina, once called the “Chicago of the South” and the “Capital of the Black Bourgeoisie,” has long occupied an important place in the hearts and minds of those who called Durham County home. African Americans have played a vital role in the growth and development of the region over the years, from antebellum times to Reconstruction to the Civil Rights era and in the present. The African American citizens of this historic Tar Heel county share an impressive story marked by determination, economic achievement, and resilience, and they have made a difference in all walks of life–educational, religious, civic, and commercial. This pictorial history reflects upon the rich and vibrant role that African Americans played in the area following emancipation. In its earliest stages, residents in such neighborhoods as Hayti, Hickstown, Crest Street, Pearsontown, the West End, the East End, and Walltown each created sturdy surviving communities that have shaped Durham.