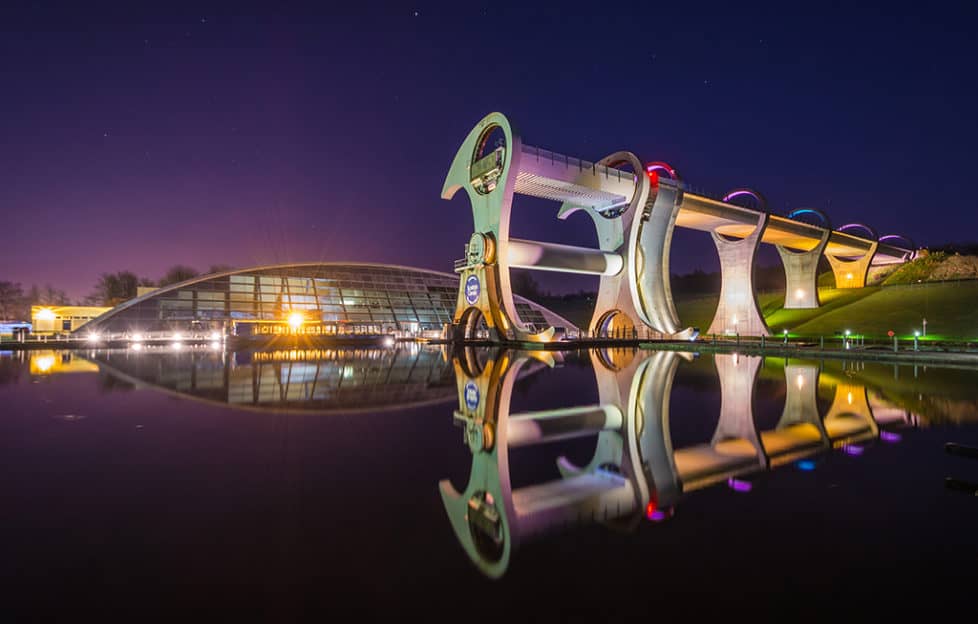 Falkirk Wheel boat lift at night in Falkirk, Scotland The Falkirk Wheel connects two canals, linking Edinburgh on Scotland’s coast with Glasgow, nearly 50 miles inland. Water powers the machine to lower or raise boats, like a Ferris wheel, from one canal to the other. The wheel lifts boats nearly 80 feet from a low canal into a much higher one on the other side. It’s an engineering feat powered by the equivalent of steam from just eight tea kettles. More fun facts: This miracle of engineering takes its inspiration from the Celtic double-headed axe, and the Scots like the Falkirk Wheel so much they put a picture of it on their £50 note. This is a feat of engineering so remarkable, straightforward and brilliant that had to come from the Scottish mind. 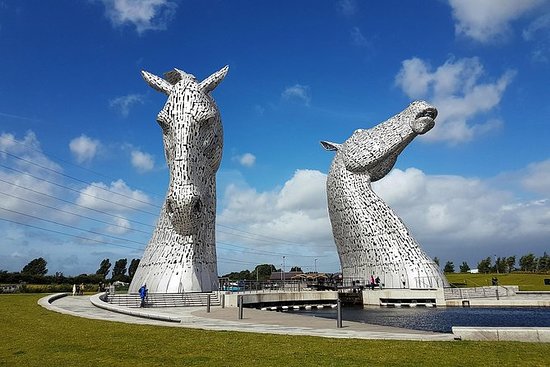