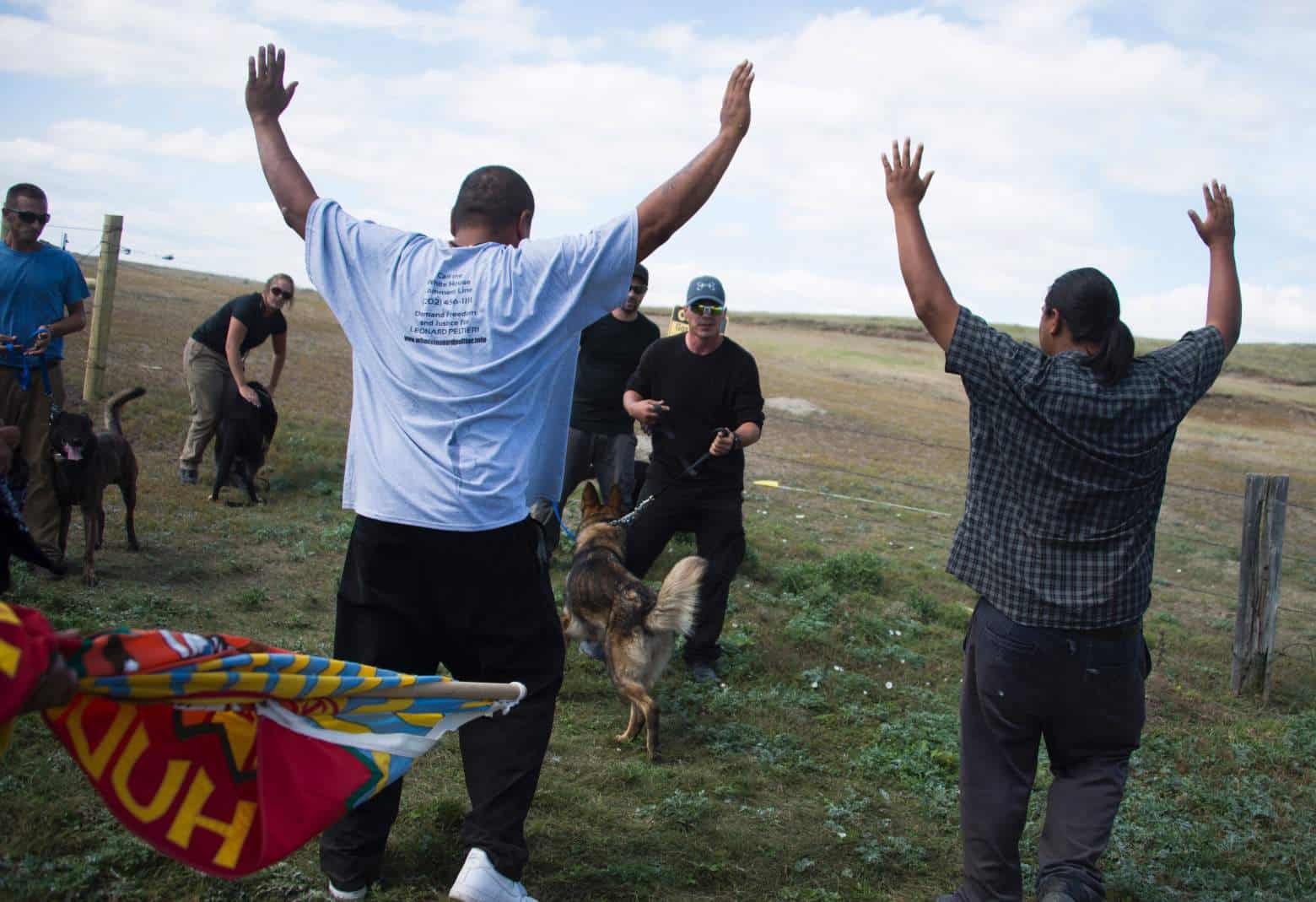 By now you have heard the news about the Army Corp of Engineers’ decision not to grant an easement to the DAPL pipeline passage under the Missouri River.  This is a temporary win for the Sacred Camp water protectors.

This morning, the new President-elect Trump administration indicated they are inclined to overturn this decision.   Snopes.com researched the current November 29, 2016 status of Trumps holdings in  Energy Transfer Partners and Phillips 66.

How you can help DPAL protestors Amazon Wish List

This post and the map have been corrected to indicate that the 1851 Treaty territory is former Sioux territory, not unceded land as originally stated. In fact, this land was ceded by the Sioux to the U.S. under the terms of Article 2 of the 1868 Treaty of Fort Laramie. While the latter treaty was signed by a plurality of Sioux chiefs, some chiefs did not sign because they refused to agree to any land cessions, and at least one of those who did sign (Red Cloud) later claimed he was misled regarding these treaty terms and believed he was merely signing a treaty of peace. See Edward Lazarus’s excellent book Black Hills, White Justice for more of this history. 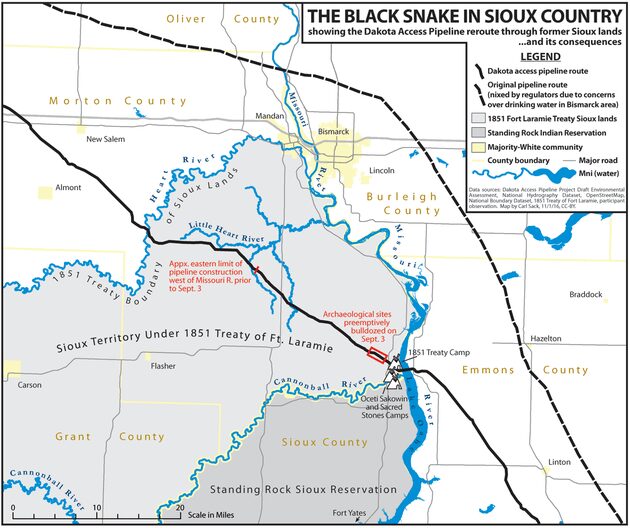 This map shows the original proposed path of the North Dakota pipeline and the current path through Sioux tribal treaty territory and reservation drinking water source.

Watch this video from PBS. The Seattle Times reporter talks about a Sioux elder proposal to end this impasse. President Obama has endorsed review of this possible solution.

BTW: Opposition and political pressure from mostly caucasian ranchers caused the oil company to reroute the pipeline path from the rancher’s path to the Sioux territory land and into their reservation water supply.

We have a finite supply of natural resources  in North America.   Much of our North American domestic crude oil supply crosses  original US indigenous treaty territory during transport.  Transport of crude oil supply has traditionally utilized rail and road transport. We have a severe infrastructure problem in the US. Rail and road transport are not as reliable today due to over use and neglect.

Most of us know our history with Indigenous peoples and honoring treaty territory is less than perfect.

The Bakken pipeline passes through 1851 Sioux treaty territory, protected under Federal Statute and Article 6 of US Constitution**.

**Article 6 of US Constitution:

The 1851 Laramie Treaty between the US government and Sioux tribe.

Treaties can be loosely compared to contracts: both are means of willing parties assuming obligations among themselves, and a party to either that fails to live up to their obligations can be held liable under international law.[2]

What is happening in North Dakota?

“Freedom of peaceful assembly is a recognized right under international human rights law.  This report provides a comparative review of one aspect of this right: whether advance notification or authorization is required for an assembly to take place under the law of France, Italy, Portugal, Spain, Sweden, the United Kingdom, and the United States.  The report also reviews the relevant case law of the European Court of Human Rights.

All of the countries surveyed require advance notification, except Sweden, which requires either authorization or notification depending on the type of assembly, and the United States, where the Supreme Court has held that it is permissible under the US Constitution for a government to require a permit to hold a peaceful assembly.” 1

The First Amendment guarantees freedoms concerning religion, expression, assembly, and the right to petition.  It forbids Congress from both promoting one religion over others and also restricting an individual’s religious practices.  It guarantees freedom of expression by prohibiting Congress from restricting the press or the rights of individuals to speak freely.  It also guarantees the right of citizens to assemble peaceably and to petition their government.
Learn more…

Congress shall make no law respecting an establishment of religion, or prohibiting the free exercise thereof; or abridging the freedom of speech, or of the press; or the right of the people peaceably to assemble, and to petition the government for a redress of grievances. 2

Our history with North Dakota and the Sioux people is why we have this standoff today.   This is not only about encroachment on Native land, protected under original federal treaty 1851, Article 6 of US constitution.   This is our shared history as a country.   Our contiguous states were mostly occupied by indigenous peoples prior to our arrival.   What happened next….  This is the story of history, not simply US History.   The invaders conquered and the invaded were very badly treated/subjugated.   We signed Treaties with indigenous peoples that have been habitually changed whenever a valuable natural resource is discovered or need for road or rail. This is history marching forward.  Today we have the consequences of this history: cause, and effect.

Oil that has been produced in the Bakken range has been traditionally moved by rail.  Replacing this antiquated, overwhelmed transport system with underground pipeline makes economic sense for the Dallas oil company.   An argument can be made that underground transport is safer than rail or road transport. There is a serious problem with existing underground pipeline movement, wear and tear that needs attention.   Minimizing spillage is in everyone’s interest.    Energy independence is a US interest.

These lands are sacred to the  Sioux.   These lands are burial grounds for their ancestors.   US companies are actively disregarding this fact.    There is a higher principal at stake.   Those that snicker at this protest saying things like, “these Indians just didn’t get the buyout that would have bought their silence”.

There is a higher principal at stake.  This stand is not solely about this single act of transgression rather it is the cumulative effect of 500 years of treaties broken, reservation land compromised and compacted, 500 years of dis respect for the people that settled these lands we now call home.

Listen to Laurence O’Donnell’s Last Word editorial oral essay below .  A great historical overview of our country’s past and present treaty violations and in-transgressions.

Next, please watch the Al Jazeerah coverage as it represents a sober dialogue on this North Dakota indigenous issue.

What is happening today on the North Dakota Sioux Reservation:
The Stream-Pipeline Standofff at standing Rock

A demonstration against the Dakota Access Pipeline in North Dakota turned violent on Saturday.

As All Things Considered reported, hundreds of Native Americans from tribes across the country have set up a camp near the construction site in North Dakota. The Army Corps of Engineer approved the oil pipeline in July allowing it to run under the Missouri river close to the Standing Rock Sioux Tribe’s reservation. 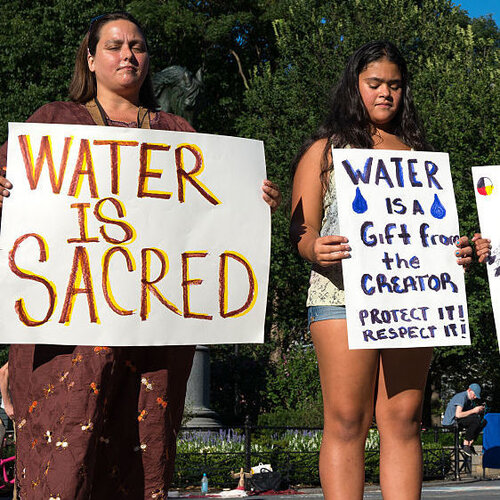 Amid Tribe’s Protest, Construction Of Oil Pipeline In N. Dakota Halts — For Now

Protesters worry that the $3.8 billion pipeline, which is slated to run through four states, could disturb sacred sites and affect the reservation’s drinking water.

The show Democracy Now! was at the site of the protest on Saturday and documented tense moments. Protesters said that security guards used pepper spray and that they were bitten by their guard dogs. The images show dogs with bloodied muzzles and a private security guard holding what looks like a pepper spray canister. Warning, the video below includes some fleeting expletives:

The Great Sioux Reservation was the original area encompassing what are today the various Indian reservations in South Dakota and Nebraska.

The reservation was established in the Fort Laramie Treaty of 1868, and included all of present-day western South Dakota (commonly known as “West River” South Dakota) and modern Boyd County, Nebraska. This area was established by the United States as a reservation for the Teton Sioux, also known as the Lakota: the seven western bands of the “Seven Council Fires” (the Great Sioux Nation).

In addition to the reservation dedicated to the Lakota, the Sioux reserved the right to hunt and travel in “unceded” territory in much of Wyoming and in the Sandhills and Panhandle of modern Nebraska. Because each band had its own territory, the US established several agencies through the Bureau of Indian Affairs to regulate the Lakota in this vast area.

The United States used the Missouri River to form the eastern boundary of the Reservation, but some of the land within this area had already assigned to other tribes, such as the Ponca. The Lakota Nation considered the West River area central to their territory, as it had been since their discovery of the Paha Sapa (Black Hills) in 1765, and their domination of the area after they conquered and pushed out the Cheyenne in 1776.

Custer’s 1874 Black Hills Expedition from Fort Abraham Lincoln (near Bismarck, Dakota Territory) to the Black Hills or Paha Sapa discovered gold. The public announcement brought miners and open conflict with the Lakota. The US Army defeated the Lakota in the Black Hills War. By a new treaty of 1877, the US took a strip of land along the western border of Dakota Territory 50 miles (80 km) wide, plus all land west of the Cheyenne and Belle Fourche Rivers, including all of the Black Hills in modern South Dakota.

Most of the Great Sioux Reservation remained intact for another 13 years. 3

1 from The Law Library of Congress