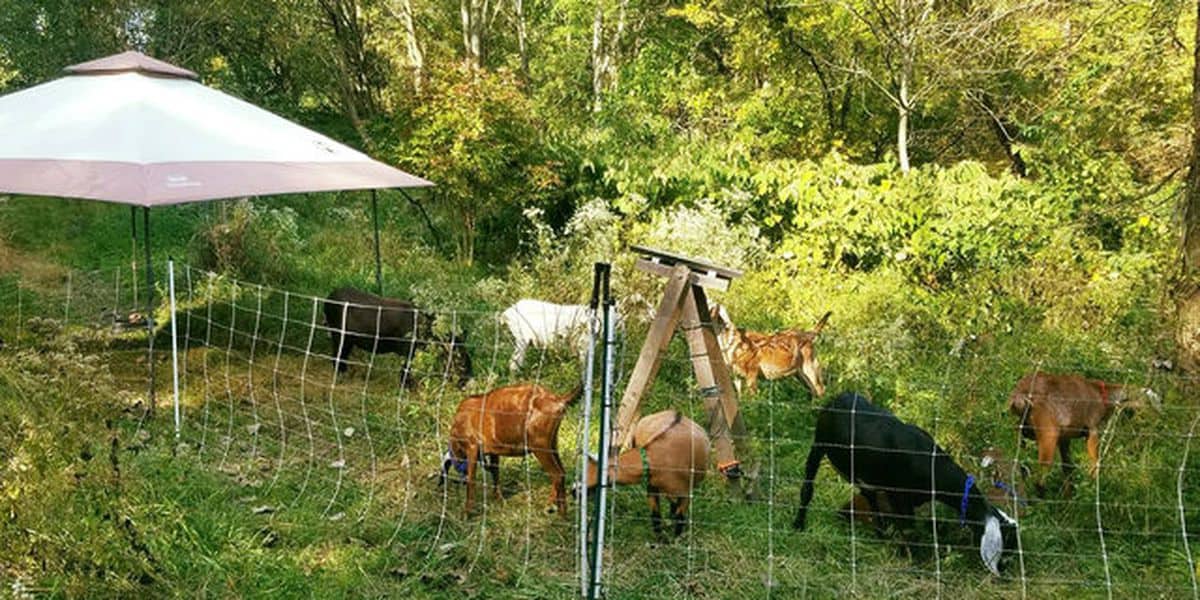 In Wyoming battles between sheepherders and cattlemen are legendary and harrowing. With that turbulent history, it is a little surprising that the daughter of an old Wyoming ranching family is a leading force behind weed management with goats today. We’ll learn about the clever niche Lonie Malmberg and her son Donny have carved for goats in the heart of Cheyenne city limits. We’ll also meet a pair of goat herders weed managing for ranchers in the Devils Tower area.

Here is a video of goats in our yard.

Hired goats for 24 hours from the Chapel Hill Goat’s Squad and watch how they devour poisonous plants. The Goat Squad was founded in September 2012 by Diana Tetens. As a kid, Diana loved nature and the outdoors and believed environmental issues were one of the foremost challenges for her generation and our times. As an adult, she pursued this passion through a career in environmental protection. While director of an environmental organization, Diana witnessed the rapid spread of non-native invasive plants that smother gardens, strangle valuable trees, and destroy habitat. She knew that traditional removal methods came with their own risks. When Diana discovered goats, she saw an (ad)venture which would manifest her values through tangible action, and The Goat Squad was born!

Climate Crisis. Too big a problem to solve? Think again.