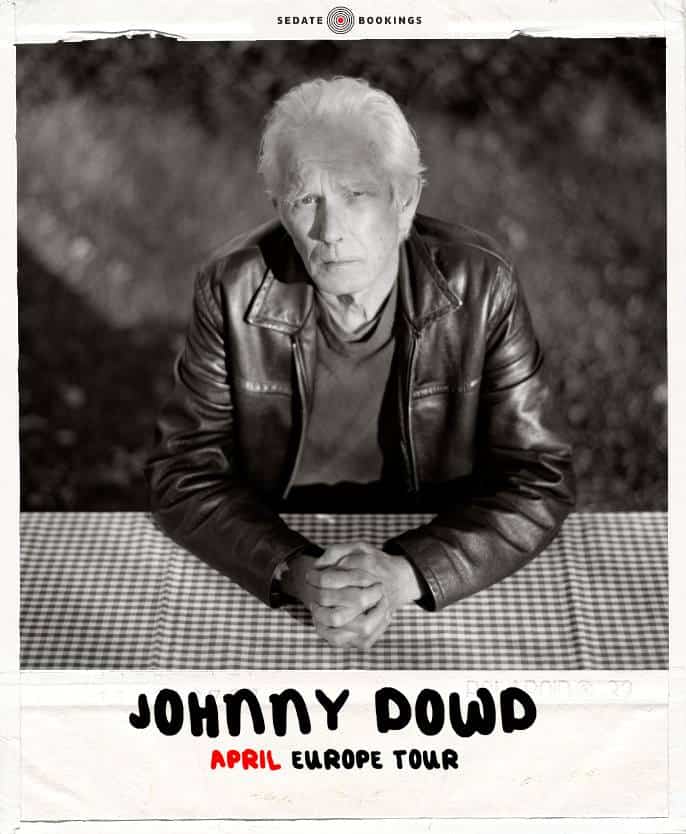 Over the last thirty years, Dowd has been releasing records that defy trends, a unique catalog of work that stands head and shoulders above many of his lauded contemporaries. Now in his seventieth year on God’s good earth, Dowd has lost none of the vigor, enthusiasm, and attitude that has seen him forge his position as one of America’s most inquisitive musical minds, a musical explorer who has charted expeditions to genre-defying destinations that, at their heart, question, challenge, and dissect in their own way notions of the American Dream. Family Picnic — once again featuring long-time cohorts Michael Edmondson and Kim Sherwood -Caso – is the first time Dowd has really looked backward in all that time, instead of plunging forward into a sonic unknown with the playfulness of a child.

As Dowd says himself: “I had to dig pretty deep for this one. Not sure how many more tunes I have in me. Tick tock. This record took an unexpected turn to the past — my past. It’s kind of like Wrong Side of Memphis 30 years down the road. Surprisingly little has changed for me (emotionally, that is). I’m still drawn to the same themes — unrequited love, murder, general foolishness. Waltzes and shuffles and boom chuck beats abound. Ice cream chord changes. Plus Kim Sherwood -Caso – and Mike Edmondson. What’s not to like? An Americana classic, if I do say so myself.”

With Family Picnic Johnny Dowd will be touring Europe in April:

[expand title=”About Johnny Dowd”]
Singer/songwriter Johnny Dowd wathe s almost 50 when Wrong Side of Memphis, his debut solo record of wracked country-folk-rock tunes, drew comparisons to Nick Cave in the alternative press. To a degree, that parallel was justified, as Wrong Side of Memphis devoted itself to murder songs and tales of doomed sinners. Dowd had grown up in Texas, Memphis, and Oklahoma before operating a trucking business in upstate New York, and his songs veered close to the source of American creepiness. Yet gallows humor and Dowd’s crackly voice tended to undercut any traces of self-importance, while his debut album — dominated by his singing and guitar, yet featuring spooky dabs of organ and synthesizer that placed him outside of the rootsy Americana camp — immediately established Dowd as an important cult figure whose weirdness seemed to be wrought from true experience. On his second album, 1999’s Pictures from Life’s Other Side, Dowd edged slightly away from the cliff, using a full band of musicians and a female backup singer to craft a punchier and less folk-rooted sound. His singing and lyrics, however, remained nearly as disquieting as they were the first time around. Temporary Shelter, issued in early 2001, and The Pawnbroker’s Wife, from the following year, were more accessible, produced records. Cemetery Shoes followed in 2004, while A Drunkard’s Masterpiece (comprised of three opuses that flaunt Dowd’s patented mix of dark, mutant alt-country) arrived four years later. The following year, in 2010, Dowd released Wake Up The Snakes. ~ Richie Unterberger [/expand]

[expand title=”Lester Banger review”] 03/20/2006 Dark Country From his demented carnival take on the Hank Williams classic to the psychotic ramblings of the final track—this is Johnny Dowd’s best album to date. Imagine Gabby Hayes armed with a chainsaw with a lyric sheet straight out of Sam Shepard’s “Buried Child”. Standout cuts are the stalker ballad, Hope You Don’t Mind & strip bar serenade of Mystery Woman. No Woman’s Flesh & God Created Woman are some of the more harrowing tracks that will send a chill down the spine. Throughout it, all run Dowd’s dustbowl dry sense of humor. Granted Dowd’s laid down some great stuff since, but so far I’d recommend this as his signature work to date. Great for fans of Tom Waits’ Real Gone or Bone Machine. For more on Alt Country’s Darkside check out Folklore by 16 Horsepower, Ben Weaver ( Stories Under Nails) & The Maledictions ( Idle Hands).[/expand]