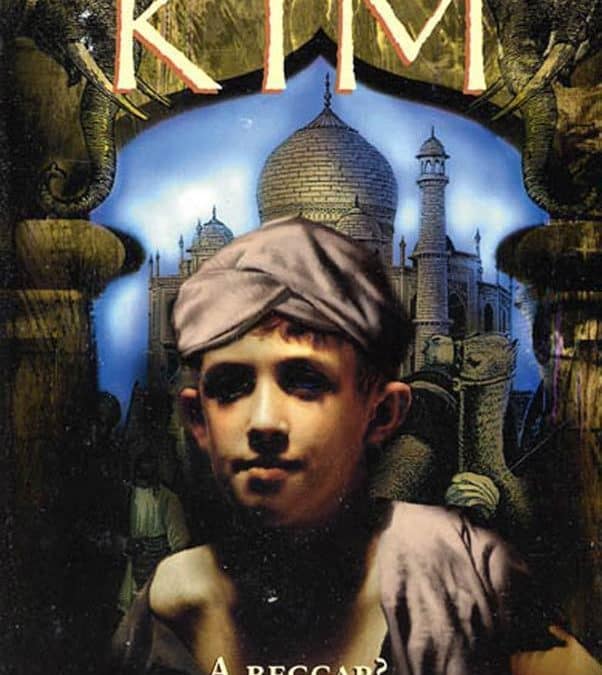 Alcohol played a large role in my extended family’s levity and drama for generations. See: Irish family. Addictive personality traits abound in Irish families. I loved beer and all the confidence it seemed to provide. A natural introvert who realized extroversion through the spirit of malted alcohol. Interesting  that intrinsically depressed individuals find comfort in a natural depressant.

Pity those who had to be around me during my most obnoxious beer infused dipsomania-joke reflex could be less than kind. I no longer have a taste for nor drink beer. Avoid all alcohol. An allergic response to gluten/wheat made it easier to let go. Do I miss the confidence it provided? No, as the confidence comes from a genuine place today.

What I am addicted to and have been since early childhood is serial narrative and strong character development; see literature.

The first book I read as a child that I truly recall was Rudyard Kipling’s Kim in Miss Axelrod’s accelerated reading section, first grade class. Great story, strong protagonist, and definitive hero’s journey (see hooked). “Only in the Indian subcontinent could such a protagonist be found; of Irish descent, who is identified as English, speaks Urdu like a Muslim, is ministered to by Hindus and finally leaves everything in search of salvation with a Buddhist monk. It is as if Kim is a mirror upon which the historic and cultural heritage of India will be reflected. Kipling is certainly not racist or condescending in his Kim. He is in some of his poetry, but certainly not here. He loves his Kim and India much too much, or at least that is the impression one is left with at the end of this book. “And Mother Earth was as faithful as the Sahiba. She breathed through him to restore the poise he had lost lying so long on a cot cut off from her good currents. His head lay powerless upon her breast, and his opened hands surrendered to her strength”. Only someone who understands India and Indians can write something like this.

The “Great Game” is mere that, a diversion, and a game, it is not the plot. It is only relevant in that its pursuit Kim and Tesho Lama travel up and down the Himalayas, thus adding to Kim’s experiences and personal encounters in the subcontinent. As far as the language is concerned, I can understand what Kipling is trying to accomplish; Urdu/Hindi have two sets of pronouns, the upper/formal and the lower/familiar. The distinction between the two and its use makes every difference in communication. This complexity/subtlety does not exist in the English language. This is a story of growing up, of maturing, much like those of Jean Louise Finch/Jem or even Alice, and probably that is why it is so endearing.”1

What an adventure, books like “Kim”, could arouse in a young boy’s imagination. The reading switch was turned on-no kill switch apparent! Many books to follow (in an out of school). Reading as a diversion, occupation, compulsion. A book as a vestigial organ, to my face, was not an uncommon sight. I devoured books, drinking in the prose like succulent ambrosia. Mad magazine followed by a weekly subscription to New Yorker commenced at age 12.

One more strong recommendation for serial narrative lovers like me is Canadian author, Robertson Davies the Deptford Trilogy.

The prescriptive in a Post Trump world is meditation and joining a book club for therapy.

All the ingredients: Compelling narrative, a strong protagonist a coherent hero’s journey. Today we have excellent stories on HBO and Netflix. I have canceled both as the acknowledged addiction is too strong to resist. Salve for almost any wound. A great example, with a unique protagonist and interesting narrative, is “The River” starring Stellan Skarsgard.

Only six episodes long, one is hooked by the very first scene, first episode, featuring DI River and his colleague, Detective Sergeant Jackie ‘Stevie’ Stevenson, played by Nicola Walker. The best stories have brooding misanthropes at the heart of the story. This series is no exception, yet we begin to understand the source of DI River’s ennui as we delve further into this compelling story. I highly recommend this serial drama to anyone who has missed it on the first go (DVD available below).

Serial narrative addiction doesn’t appear in the DSM-IV as a recognized mental health disorder. Life is as series of installment stories we hold as a true experience. Characters come and go and it seems that the same 3-5 archetypes (personality types) manifest in almost every stage of our life.

I have convinced myself this is a very healthy addiction compared to alcohol or any other controlled substance. I know that it represents a time killer but when it captivates who can resist?

In literature, a serial is a printed format by which a single larger work, often a work of narrative fiction, is published in sequential installments. The installments are also known as numbers, parts or fascicles, and are either issued as separate publications or within in sequential issues of the same periodical publication.

All things must pass

Kim is a novel by Nobel Prize-winning English author Rudyard Kipling. It was first published serially in McClure’s Magazine from December 1900 to October 1901 as well as in Cassell’s Magazine from January to November 1901, and first published in book form by Macmillan & Co. Ltd in October 1901. The story unfolds against the backdrop of The Great Game, the political conflict between Russia and Britain in Central Asia. The novel made the term “Great Game” popular and introduced the theme of great power rivalry and intrigue.

It is set after the Second Afghan War which ended in 1881, but before the Third, probably in the period 1893 to 1898. The novel is notable for its detailed portrait of the people, culture, and varied religions of India. “The book presents a vivid picture of India, its teeming populations, religions, and superstitions, and the life of the bazaars and the road.” 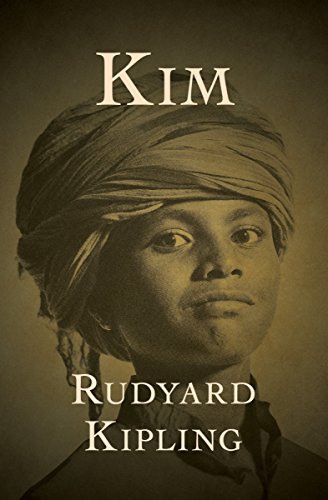