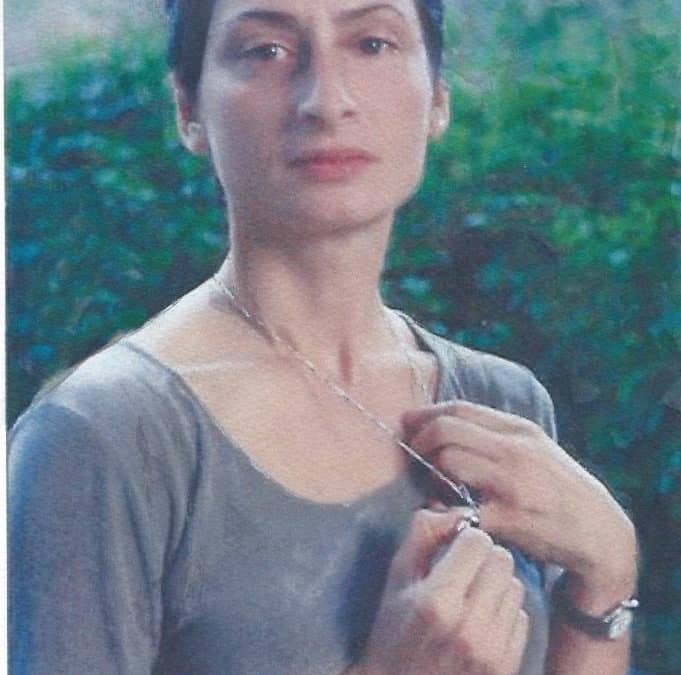 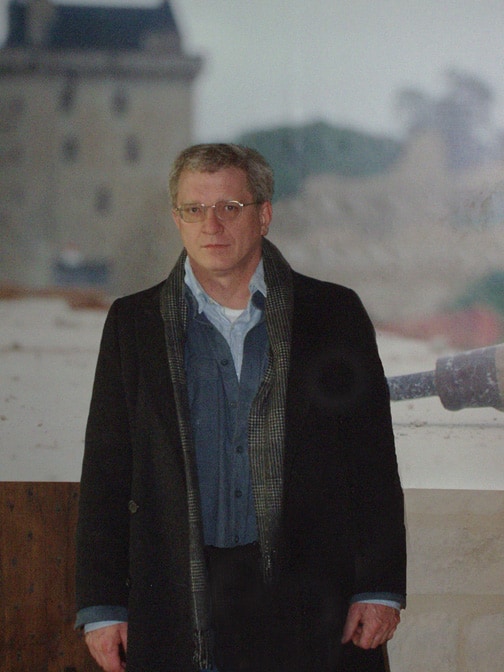 About David Terry David Terry’s drawings and paintings range from evocative landscapes and portraits to intricate, multi-image montages. In addition to Terry’s work in Fine Art, he illustrates regularly for a number of national magazines and newspapers. Since 1997, he has completed 26 published bookcovers, many advertising pieces, and numerous privately commissioned works. All of the work is done on paper. Tinting/painting is done with watercolor, pastel pencils, oil pencils, and inks. While Terry’s rural eastern Tennessee roots are obvious in the nature imagery and Southern iconography that permeate his work, his grounding in Literature is perhaps even more apparent—he holds an undergraduate degree in English from the University of the South and graduate degrees in Literature from both Middlebury (the Bread Loaf School of English), and Duke, with additional graduate studies at Oxford and the University of Virginia. David Terry first gained attention at the 1994 New Art exhibition at Duke University. Subsequently (not to mention surprisedly), he won an Emerging Artist Grant in 1996, and (since that time) has held many one-man shows in various commercial galleries, and otherwise beat a very hot track out of the teaching profession…..and, yes, he is highly aware (ten years after this website was established, and the previous comments written) that it’s more than just-slightly creepy to introduce yourself in the third-person. I also realize that saying you work for newspapers has, in the past ten years, become all too much like saying you repair carriage wheels or moonlight in a whale-oil factory. All pictures shown in on this website are available in high-resolution jpeg format upon request. Pleasant Critical comments include: “Terry portrays the things that define us. Instead of oral history, he creates a visual history of the families and stories of Nelson County.” –Beth Nichols, “The Daily Progress”, Charlottesville, VA “Terry has…a world-view—a coherent thematic approach buried in the Southern gothic sensibility of narrative, memory, and moral complexities…Terry’s deft crosshatchings and clever arrangements of words and images evoke a milieu that mixes irony and wonder.” –Chuck Twardy, The News & Observer “You could call Terry a ‘self-taught artist’, but there’s nothing naive about him or his work….Terry is increasingly able to bring his images together in a poetic synthesis. When he gets that synthesis just right, it is as perfectly lively and gratifying as any written poem, and as unavailable to logic and verbal analysis……he does not study to mystify or obfuscate. His strange combinations take on a fecund life. At times, he is ironic and satirical—and certainly campy—but never cynical or self-absorbed….the result is work that reflects his motto ‘Good Art, Drawn Right, & Sold At Popular Prices’.” –Kate Dobbs Ariail, The Independent Weekly “Terry appropriates formats from a wide variety of cultures….he borrows the form of the mandala–an ornate circular design used to symbolize the universe in several Asian religions—and embellishes it with symbols of the American middle class. He often writes satirical texts to caption his work. His words add layers of meaning to even the most innocent images” –Cynthia Pryzbilla, Curator of Modern and Contemporary Art, High Museum, Atlanta “His work reveals incisive humor, a sense of narrative, an antic urge to play, and a grasp of poetic truth rendered in meticulously drawn images. He likes to use texts, allude, quote, and misquote. Terry recasts the usual in ways that make us reconsider the meaning and essence of things” –John Bloedorn, Craven Allen Gallery Surprisingly enough, nothing particularly nasty has been said that managed to find its way into print…. David C. Terry 117 E. Queen St., Hillsborough, NC 27278 (919) 245-0087 email: dterrydraw@aol.com 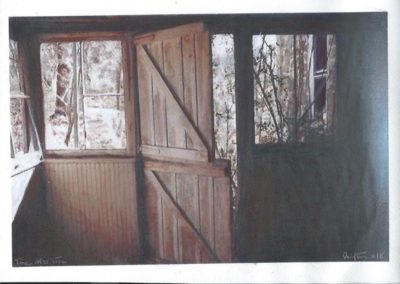 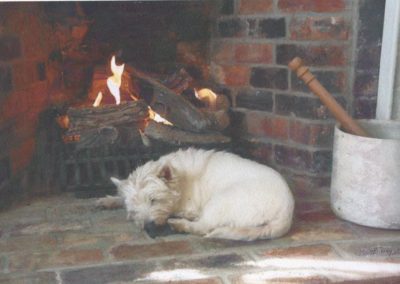 “These Winter Dreams” (The Webb House) Pastel, pencil, and watercolor 2018 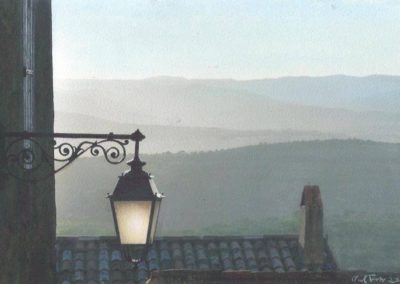 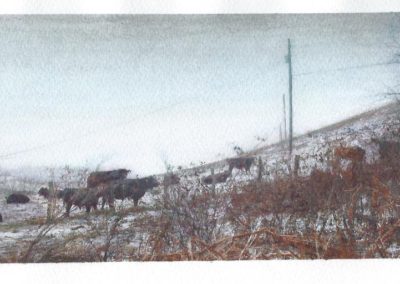 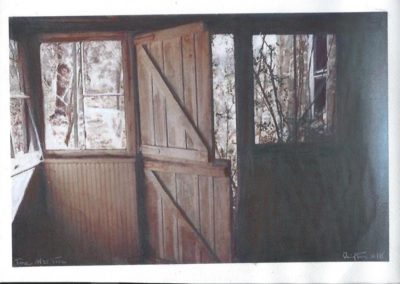 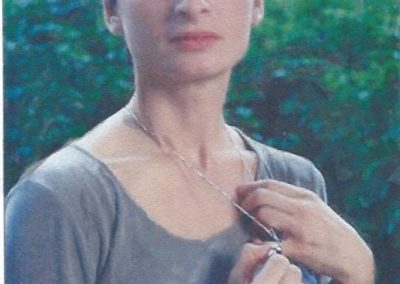 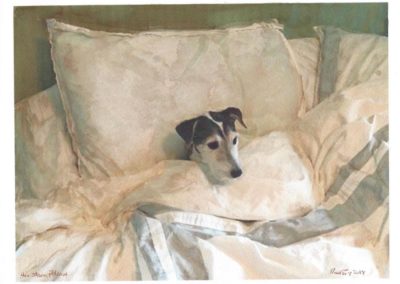 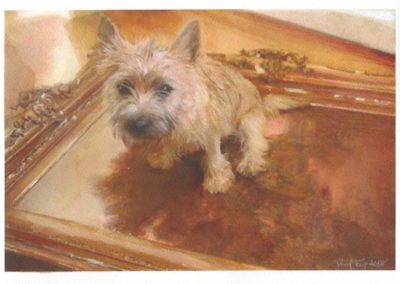 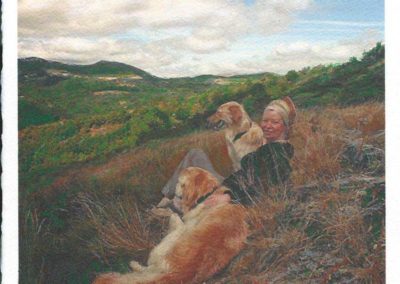 “A Silken Tent” pastel, pencil, and watercolor 2018 This portrait is of my friend, Heather Robinson and obviously, her dogs…..on a Luberon ( a part of the country we both love) hillside. She’s an expatriate American….living in France for the past fifteen or so years. We’ve both spent the past three or so years wondering “Okay…I guess my longtime French husband is in love with someone else now……. 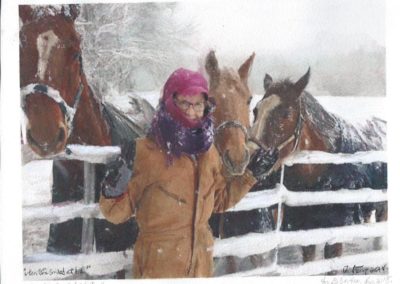 “When She Smiled At Him” Pastel, pencil, and wat4ercolor 2018 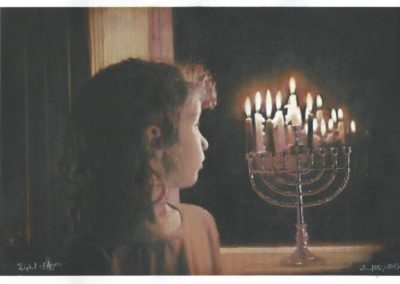 Light of Ages by David Terry

Our Favorite images from Franklin Crawford