Watching the Detectives by Elvis and the Attractions is playing all day on Durham Cool. The virtual JukeBox is stuck in this lovely groove rut and thus grist for the mill (see practice).

America is on the verge of another big mistake in the mid-term elections. Watching the Detectives is our soundtrack for this preventable error of judgment. We all know the tumult in our post-pandemic world is chaos created by our universal fear and a general longing for certainty. Do we blame pandemic supply chain economic uncertainty, climate change acceleration, political uncertainty, the uncertainty created by your elected leaders, general disarray caused by master manipulators, outside election interference, voter disenfranchisement engineered by dark money sources, 10-word response answers to complex problems? Are we simply compliant sheep or do we have the inner strength to resist manipulation?  Perhaps instead of looking backward on some Utopian, simpler time that probably never existed, we move forward together as Americans.

Let’s start with some indisputable facts about the first-year accomplishments of the Biden administration.

One of Biden’s flagship victories of the last year was the approval of a $1.2 trillion infrastructure package which drastically increased investment in the national network of bridges and roads, airports, public transport, national broadband internet, as well as waterways and energy systems.

The bipartisan bill was passed by the House in November by 228 votes to 206, with 13 breaking ranks to join the Democrats in support of the bill. Biden initially released the proposed bill in March, which was first approved by the Senate in August.

In a White House statement released at the time, the Biden administration claimed the bill would help tackle growing inflation by easing supply chain disruptions.

Republicans and moderate Democrats feared the bill’s high budget would likely contribute to the ballooning inflation, despite a group of 15 Nobel Prize-winning economists backing the bill.

In a video Tweeted on November 8, Biden said: “We’re doing so much with this legislation. It’s going to make it easier for companies to get goods to market more quickly and reduce supply chain bottlenecks, now and for decades to come.”

The package provided direct payments of up to $1,400 to many struggling U.S. citizens, temporarily extended unemployment support by $300 per week, channeled approximately $20 billion into the COVID vaccination program, as well as provided $25 billion in rental support and a further $350 billion into state, tribal and local relief efforts.

The legislation was also designed to tackle child poverty and nutritional issues across the country. The bill invested almost $30 billion in restaurants and hospitality and raised the maximum Supplemental Nutrition Assistance Program support by 15 percent. Additionally, an extra $120 billion were invested into K-12 schools across the nation.

Biden has appointed 41 federal judges in his opening year at the White House. This is more than double those appointed by his predecessor Donald Trump and is the most a president has appointed in their freshman year since Ronald Reagan in 1981.

The president has also been mindful of issues of representation in his appointments over the last year, as 80 percent of the new federal judges are women and 53 percent are people of color.

In the long run, the federal judiciary’s new look could have a lasting effect, as the lower courts are believed to be the trial stage for future Supreme Court contenders

Since he was sworn in last January, Biden has nominated a total of 73 individuals to federal judgeships.

President Biden is an opponent of the federal penalty and therefore reinstated a national freeze on federal executions, which had been in
place for 17 years until former president Donald Trump ended the pause.

In July, the Biden administration opted to restore the pre-Trump status quo and imposed a suspension on federal executions while the Department of Justice assesses the existing procedures and policies.

The pause does not enable the President to halt executions at the state level, though the Biden administration has vowed to eradicate capital punishment at the federal level.

Prior to Biden’s pause, there had been 13 federal executions under Trump.

During his presidential campaign and since taking office, Biden has been a vocal supporter of the need for a greater effort to tackle the climate crisis.

Shortly after coming to power, Biden re-joined the international Paris Climate Accord, which Trump had parted ways with, allowing the U.S. to continue to work with global players in the worldwide drive to deter the climate’s deterioration.

Last November, the President joined an additional agreement aimed at reversing deforestation as well as presenting a 100-country strong pledge to reduce greenhouse emissions by at least 30 percent by 2030.

Additionally, in December, Biden ordered all government agencies to immediately halt the financing of new international carbon-intensive fossil fuel projects, and instead work towards clean energy use.

Despite the Biden administration’s commitment to tackling the climate crisis, the U.S. did not sign a global pledge designed to end the use of coal power that was announced at the summit.

Within his first week at the White House, Biden issued an executive order to overturn the Trump-era ban on openly transgender members of theU.S. military.

The original ban was first announced by Trump during his first year in power, as the former president tweeted that the U.S. military would cease to allow transgender Americans from serving in the military, claiming it imposed “tremendous medical costs and disruption”.

Trump’s ban came into effect in April 2019, existing transgender personnel remained in service but new recruits were turned back.

According to the Department of Defence data analyzed by the non-profit group Palm Center, there were approximately 8,980 active transgender troops in service in 2019.

Biden’s repeal represents a considerable step forward in the fight for transgender rights in the U.S., though has not been considered as pivotal as Barack Obama’s 2010 decision to overturn the longstanding Don’t Ask, Don’t Tell policy.

The Biden administration has also been faced with the challenge of restoring a semblance of normalcy to an economy burdened by the pandemic. In his freshman year, Biden has managed to reduce the rate of national unemployment.

Despite the growing inflation, wages paid by private businesses also saw an increase of 2.4 percent from January through October last year, while disposable income rose by 3 percent. The Morning Joe panel breaks down the week that was for the Republican Party and why Democrats could be united around a message of the GOP being a party of ‘liars and kooks’. 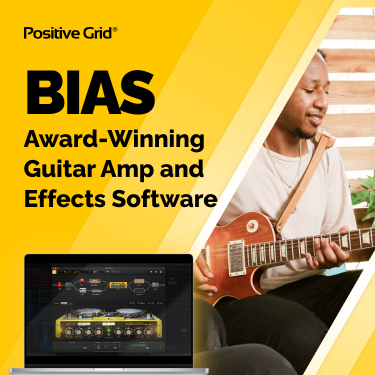