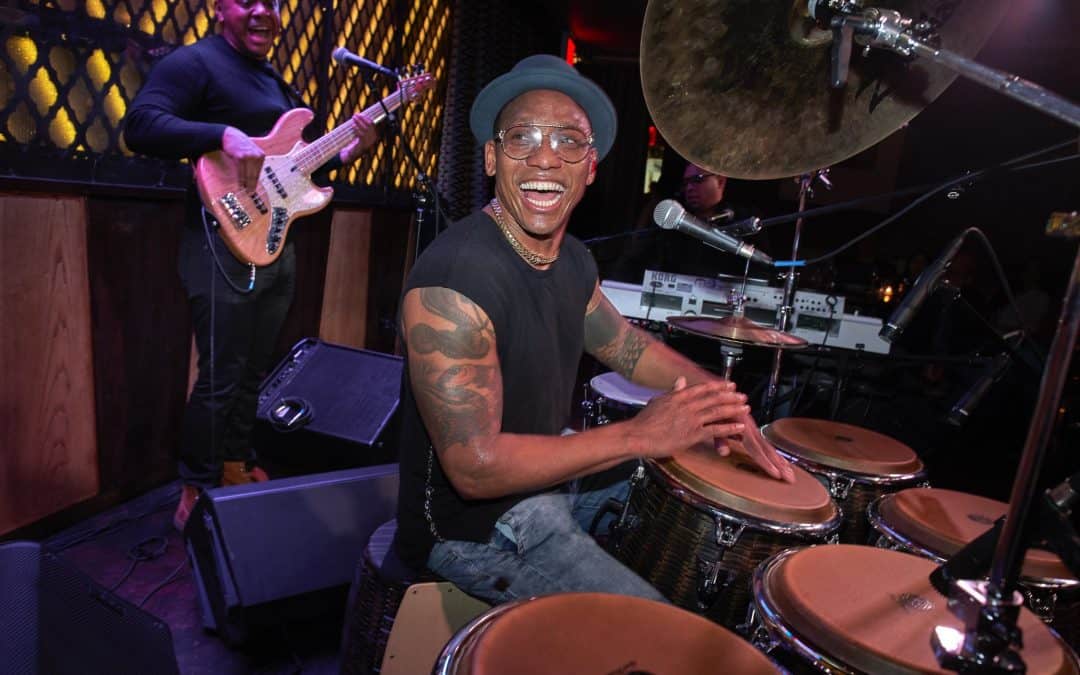 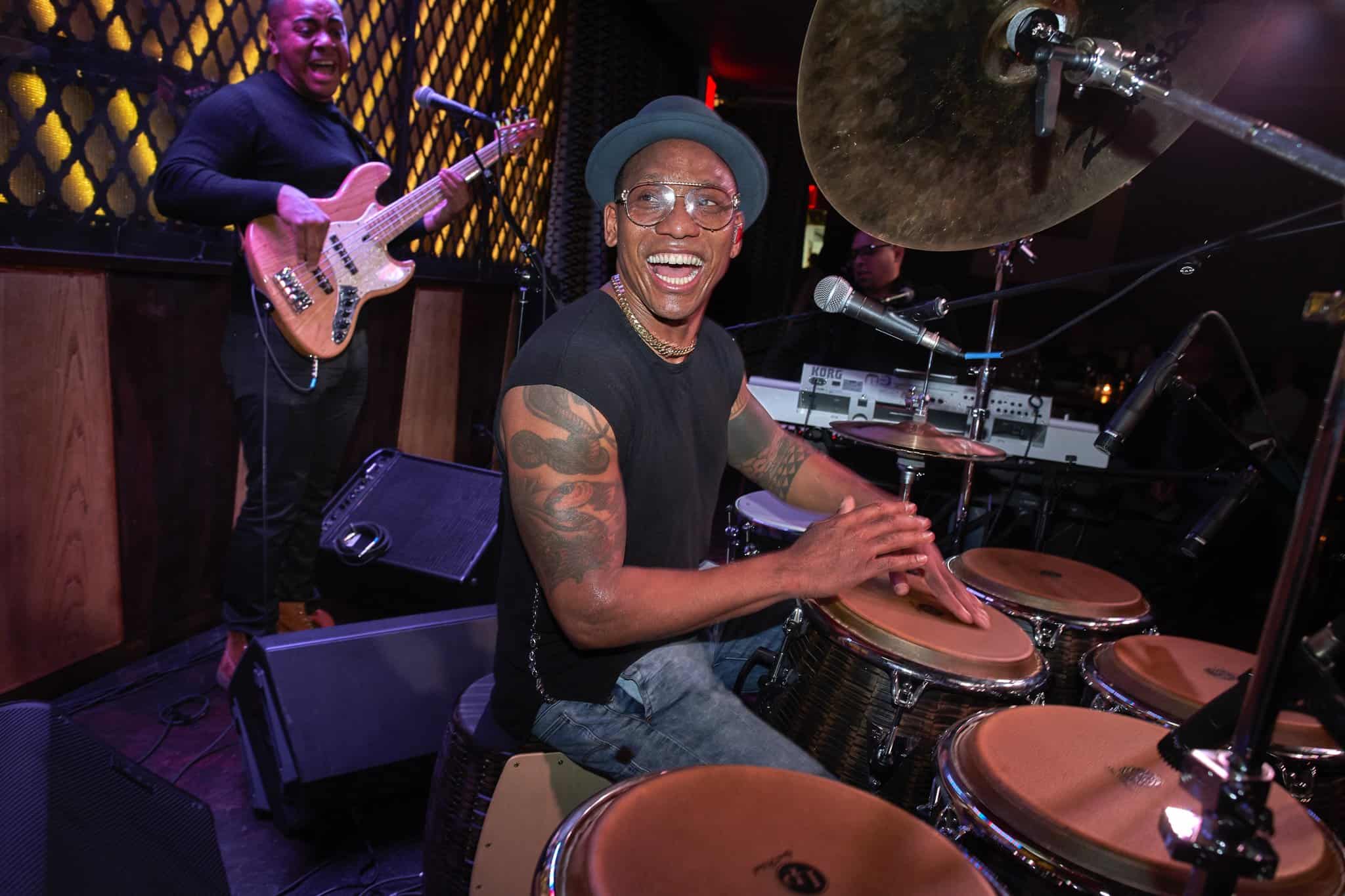 Feb. 20, 2019 | Felix Contreras — Something happens when you get a chance to see Afro-Cuban percussionist Pedrito Martinez perform. First of all, his smile radiates. It’s hard to imagine someone happier than he is to make music in front of people; and as we saw during his turn behind Bob Boilen’s desk, he mesmerizes with this almost otherworldly talent on congas. His hands can be a blur because they move so quickly. To the untrained eye, it’s hard to see exactly what he is doing to draw out the sounds he does from his drums. I even know a little about playing hand drums and it still doesn’t make it easier to fathom his remarkable talent. Pedrito Martinez has gathered around him musicians who are helping him make the music he hears in his head. As you’ll hear, it’s full of twists and turns and unexpected stops that resolve into grooves so ferocious it’s hard to resist moving your entire body in appreciation. This particular performance at the Tiny Desk is highlighted by a stunning, unaccompanied conga solo that dazzled both neophytes and long-time fans of Afro-Cuban music. Musicians Pedrito Martinez: percussion, lead vocals; Sebastian Natal: electric bass, vocals; Jhair Sala: percussion, vocals; Issac Delgado Jr.: keyboard, vocals I found this artist, hidden in plain sight, by reading this week’s New York Times Magazine, Twelve performers Show What it takes to Light up the Stage in NYC. The article starts with this sentence, “Pedrito Martinez is a star without stardom-renowned, deeply in demand but not famous. A percussionist (a conguero, in fact) songwriting singer and priest of the Santeria religion, born and raised in Havana and living modestly just across the Hudson River in Union City, NJ. he works nonstop, both on this own music (the Pedrito Martinez Group has two rousing albums and a Grammy nomination) and on the music of other artists, stars with stardom: Bruce Springsteen and Elton John, Lady Gaga and Sting, stars who have enfolded him, briefly into their constellation.