“Ready To Love Tift Merritt As We Do?” 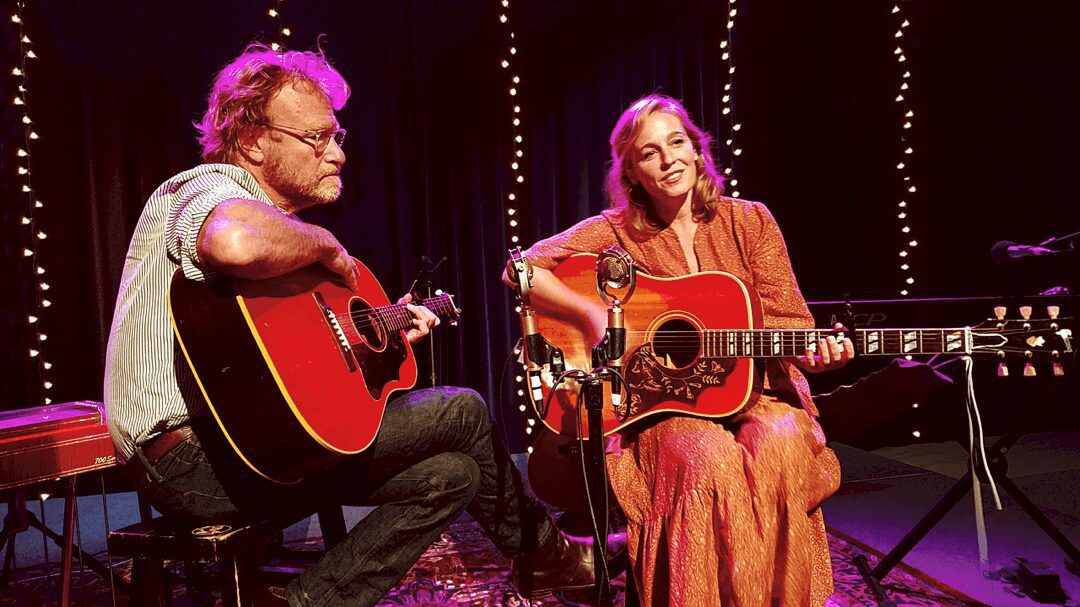 Tift Merritt is a singer/songwriter whose talent and voice are a natural wonder to see and hear performed live. Luckily for our eyes and ears, we had Tift and her pedal-steel-playing partner, Eric Heywood, perform a quick set in front of Patrick Dougherty’s intricately detailed stickwork sculpture at the North Carolina Museum of Art. This is our second session filmed and recorded at the Museum this summer, and it can also be considered a warm-up for Tift’s NCMA Summer Concert series performance on August 19th. Tift Merritt and Friends will feature MC Taylor of Hiss Golden Messenger, Eric Slick of Dr. Dog, Alexandra Sauser-Monnig, The Suitcase Junket, food trucks, a Commissary pop-up featuring local retailers, and Butch Anthony’s Traveling Museum of Wonder. When Tift isn’t busy writing, performing, entertaining her sweet toddler Jean, or even creating a line of new vintage guitar straps, she is busy on the road promoting her latest album, Stitch of The World.

(Download/stream the full session: http://wny.cc/YxcMrG) North Carolina native Tift Merritt plays the title track from her latest album, Traveling Alone, on “Soundcheck With John Schaefer” at WNYC in New York. (She composed some of the records at a piano at City Winery, a downtown eatery, and a nightclub located across the street from our studios.) She’s backed here by guitarist Eric Heywood.

Tift Merritt – ‘The Full Session’ I The Bridge 909 in Studio

Raleigh, NC artist Tift Merritt performs ‘Dusty Old Man’, ‘My Boat’, and ‘Wait For Me’ and is interviewed by Jon Hart in TV Studio A at KCPT in Kansas City, Missouri. Tift is an important Artist in my life for a myriad of reasons.   Tift Merritt is one of the first artists I saw live in Durham, NC, at the Americana music series at Fowler’s Gourmet Market loading dock. Fowler’s Gourmet Market for the newbies is now Parker and Otis.   When I heard her sing the first note, I was smitten.  Tift has such great Southern roots/rock/blues/country/ (see Americana) that it is impossible to pigeonhole voice.  So many comparisons to great singers of the past, yet her voice is Tift’s own-unique blend of styles and innate Raleigh, NC-born nature.  A large part of the color in her voice was honed in Bynum at the Country store.

Now how does she stand up as a songwriter-as good as Joni Mitchell? Is this even a fair comparison?  My answer is yes and yes.  Tift has matured as a songwriter, but even the early songs show signs of a mature, wise beyond-chronological-years artist.  So many other artists may come to mind or be put there by other music writers and critics.

Singer/songwriter Tift Merritt seemingly appeared out of nowhere in the spring of 2002 with her acclaimed debut album, Bramble Rose. Still, as is often the case, this triple-threat artist — a gifted singer, superb songwriter, and skillful guitarist — has plenty of experience. Born in Houston, Texas, in 1975, Merritt’s family moved to North Carolina when she was young, and she’s lived there ever since. When she was a child, Merritt first developed an interest in music and learned to sing harmonies with her father, who had dabbled in folk music in his younger days; in her early teens, she picked up a guitar, and her dad taught first four chords. While Merritt was drawn to the rebellious spirit of punk and indie rock, she felt a greater emotional connection with more acoustic-oriented artists, particularly Joni Mitchell (Merritt once told a reporter, “I went through a Joni Mitchell phase — and all girls go through a Joni Mitchell phase; if any girl tells you she never did, don’t believe her.”). Hearing Emmylou Harris’ album Quarter Moon in a Ten Cent Town opened Merritt’s ears to roots music, and she soon began to immerse herself in North Carolina’s active alt-country scene. Merritt began appearing on a semi-regular basis with the band the Two Dollar Pistols, singing duets with lead singer John Howie and playing rhythm guitar; she eventually appeared on a seven-song EP of classic country covers the group released in the fall of 1999. Looking for a vehicle for her songwriting, Merritt had formed a band called the Carbines in 1998 with drummer Zeke Hutchins, guitarist Greg Reading, and bassist Jay Brown; the band soon became a fixture on the North Carolina club scene and released a well-received 7″ single.

Tift Merritt wastes no time gettin’ to it on Stitch of the World, kicking off with the rowdy, countrified folk of “Dusty Old Man.” Piano-led weeper “Heartache Is an Uphill Climb” follows dramatically, showcasing her commanding warble. Merritt’s deft songwriting contains multitudes, and she gets mystical on the album’s title track with a windswept arrangement that conjures dark desert nights. And Sam Beam, a.k.a. Iron & delivers a beauty of a feature on “Wait for Me.”

CR’s Take OVERALL SCORE 73 CR RECOMMENDED WIRELESS PORTABLE HEADPHONES OnePlus Buds Pro Headphone This wireless Bluetooth model from OnePlus delivers very good sound quality and active noise reduction, combining elements of in-ear and earbud earphones. These earphones have an isolating design and an ambient sound monitoring feature; they will provide some muffling and electronic canceling of external noises and reduce the amount of sound that escapes from the earpieces. As such, they are best for those who want highly portable earphones that reduce the noise they hear from their surroundings or don’t want the sound from the earpieces to disturb others. 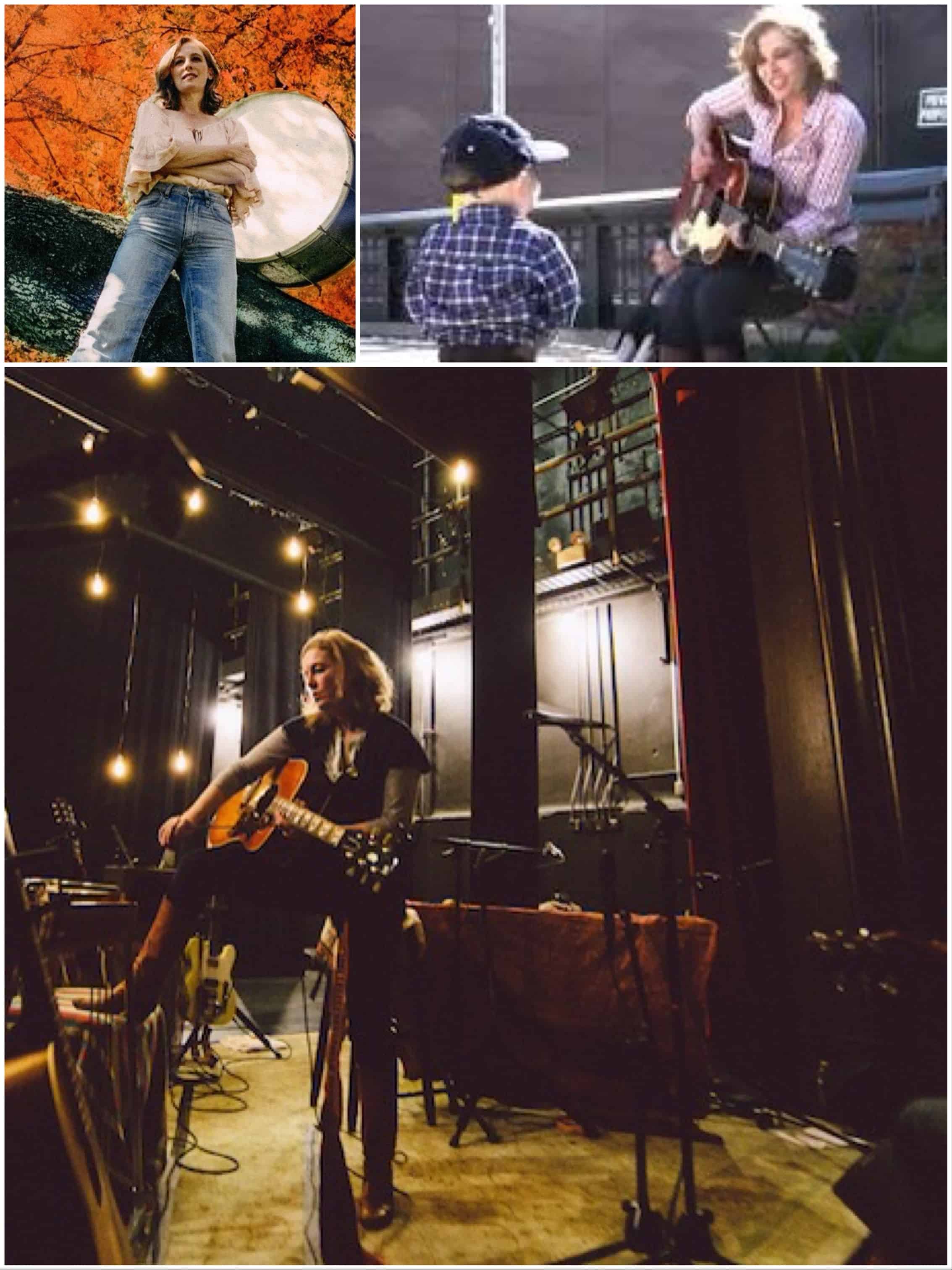 Originally released in 2002, GRAMMY-nominated, singer/songwriter Tift Merritt’s debut album, Bramble Rose, was named one of the year’s best by The New Yorker and garnered rave reviews worldwide. This year marks the 14 year anniversary of the critically acclaimed record and Yep Roc Records celebrated by re-releasing a limited edition LP. We were lucky enough to spend an afternoon with Tift, where she played us a few tracks from Bramble Rose, including “When I Cross Over.”