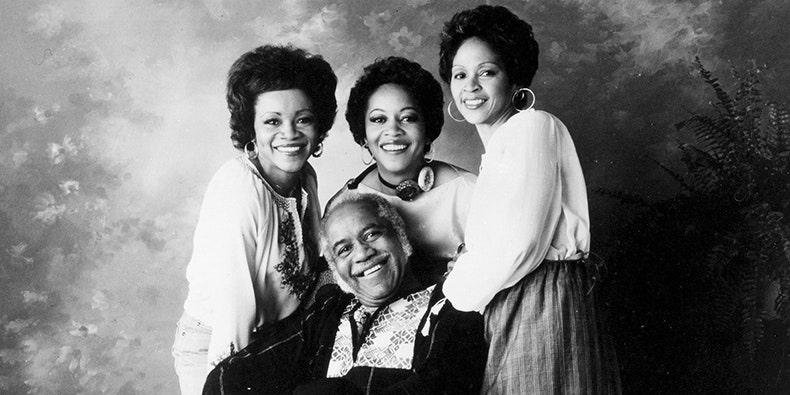 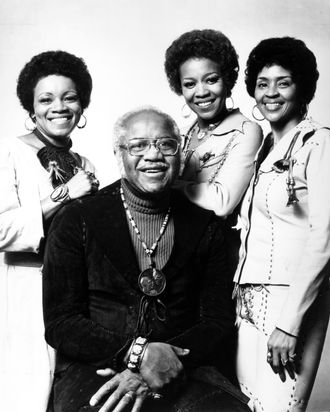 Perhaps your first exposure to this Staples Family group was on the Band’s Last Waltz film, during the Weight song?

The Staples Singers brought us break-out star Mavis Staples, the lead vocalist on most of the Staples Singer’s hits. We must not overlook Pop Staples for his guitar acumen, leadership, songwriting skills, rich baritone, and gospel arrangements. A father, 3 daughters, and a son.  Yvonne, Cleotha, and Pervis played critical roles as well.  This week, my first Alexa auto command, each commute start is “Alexa, play songs of the Staples Singers”.   Nothing like this heavenly elixir of sonic gospel folk songs to begin each day.

Roebuck “Pops” Staples (December 28, 1914 – December 19, 2000) was an American gospel and R&B musician. A “pivotal figure in gospel in the 1960s and 1970s,” he was an accomplished songwriter, guitarist, and singer. He was the patriarch and member of The Staple Singers’ singing group, which included his son Pervis and daughters Mavis, Yvonne, and Cleotha.

Roebuck “Pops” Staples (December 28, 1914, December 19, 2000) was a Mississippi-born Gospel and R&B musician. A “pivotal figure in gospel in the 1960s and 70s,” he was an accomplished songwriter, guitarist, and singer. He was the patriarch and member of the singing group The Staple Singers, which included his son Pervis and daughters Mavis, Yvonne, and Cleotha. Roebuck Staples was born on a cotton plantation near Winona, Mississippi, the youngest of 14 children. When growing up he heard and began to play with, local blues guitarists such as Charlie Patton, who lived on the nearby Dockery Plantation, Robert Johnson, and Son House. He dropped out of school after the eighth grade and sang with a gospel group before marrying and moving to Chicago in 1935. There he sang with the Trumpet Jubilees while working in the stockyards, in construction work, and later in a steel mill. In 1948 he formed The Staple Singers to sing as a gospel group in local churches, with him singing and playing guitar behind his children. The first was recorded in the early 1950s for United and then the larger Vee-Jay Records, with songs including “This May Be the Last Time” (later covered by The Rolling Stones) and “Uncloudy Day”. In the 1960s the Staples Singers moved to Riverside Records and later Stax Records, and began recording protest, inspirational and contemporary music, reflecting the civil rights and anti-war movements of the time. They gained a large new audience with the 1972 US # 1 hit “I’ll Take You There”, followed by “Respect Yourself”, “If You’re Ready (Come Go With Me)”, and other hits. Pops Staples also recorded a blues album, Jammed Together, with fellow guitarists Albert King and Steve Cropper. After Mavis left for a solo career in the 1980s, Pops Staples began a solo career, appearing at international “blues” festivals (though steadfastly refusing to sing the blues),[1] and tried his hand at acting. His 1992 album Peace to the Neighborhood won a Grammy nomination, and in 1995 he won a Best Contemporary Blues Album Grammy for Father, Father. In 1986, Roebuck played the role of Mr. Tucker, a voodoo witch doctor, in the Talking Heads film True Stories. In 1998 he received a National Heritage Fellowship from the National Endowment for the Arts, and in 1999 the Staple Singers were inducted into the Rock and Roll Hall of Fame. After his death, his daughters Yvonne and Mavis gave one of his guitars to country and gospel musician Marty Stuart. 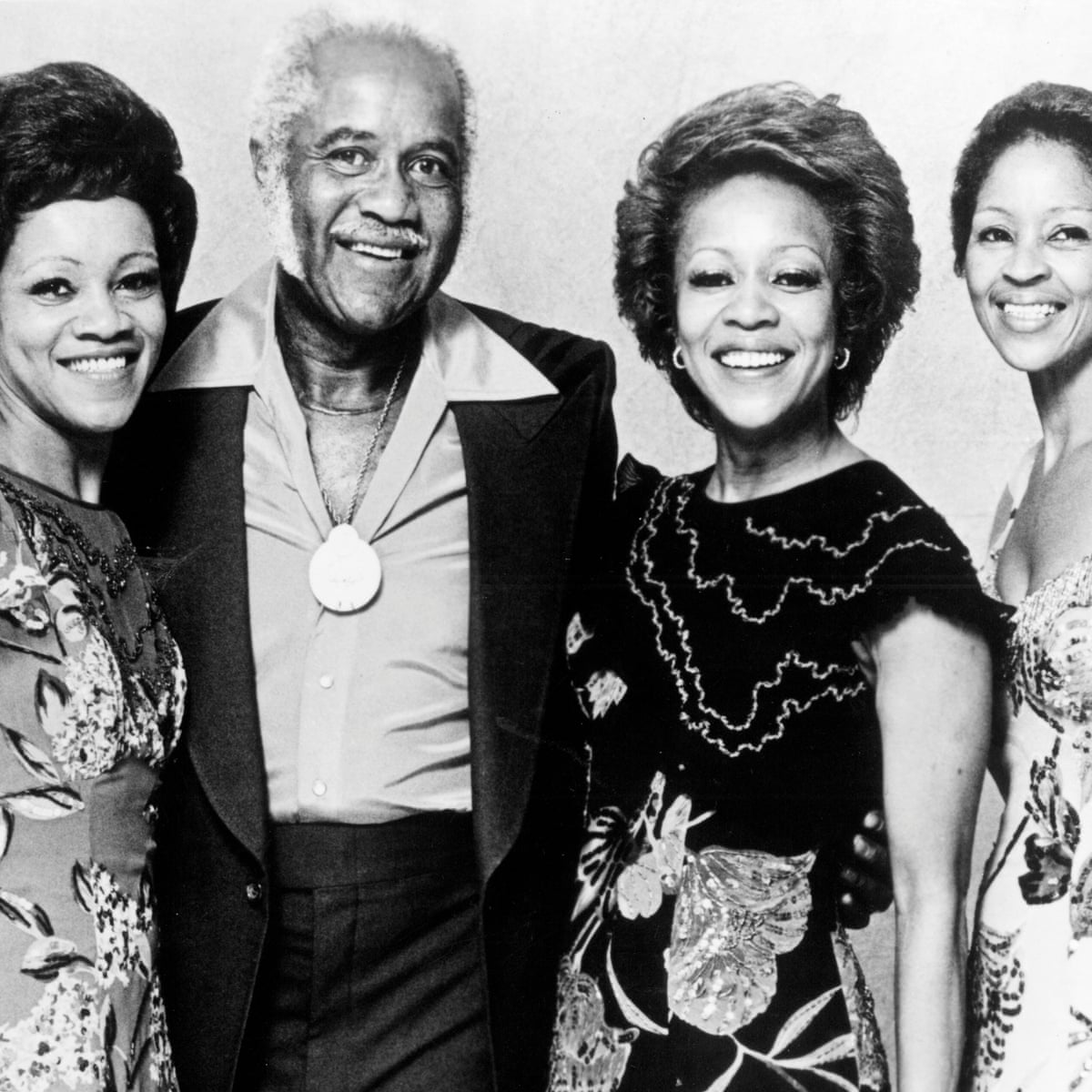 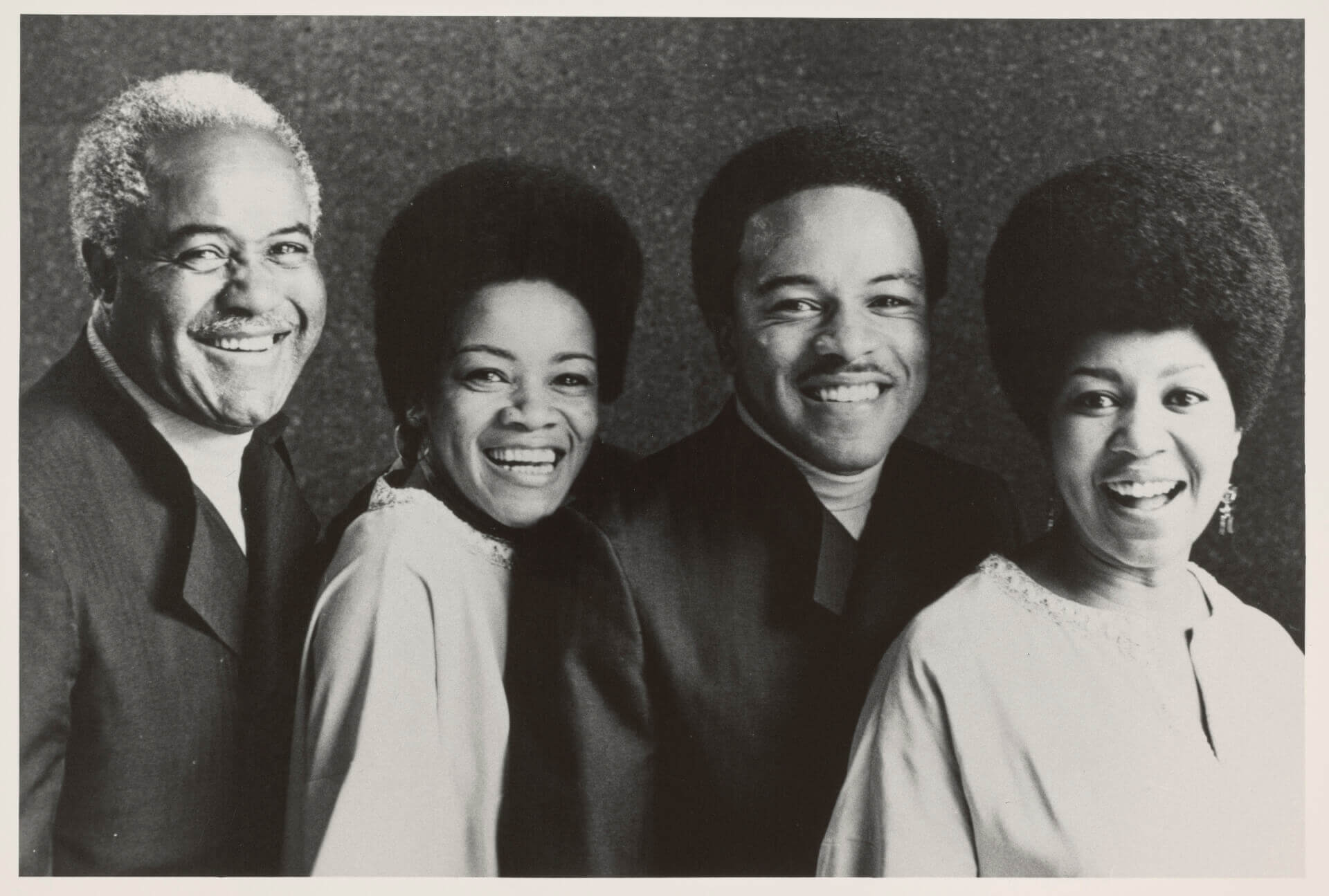 The Staple Singers | Sit down servant 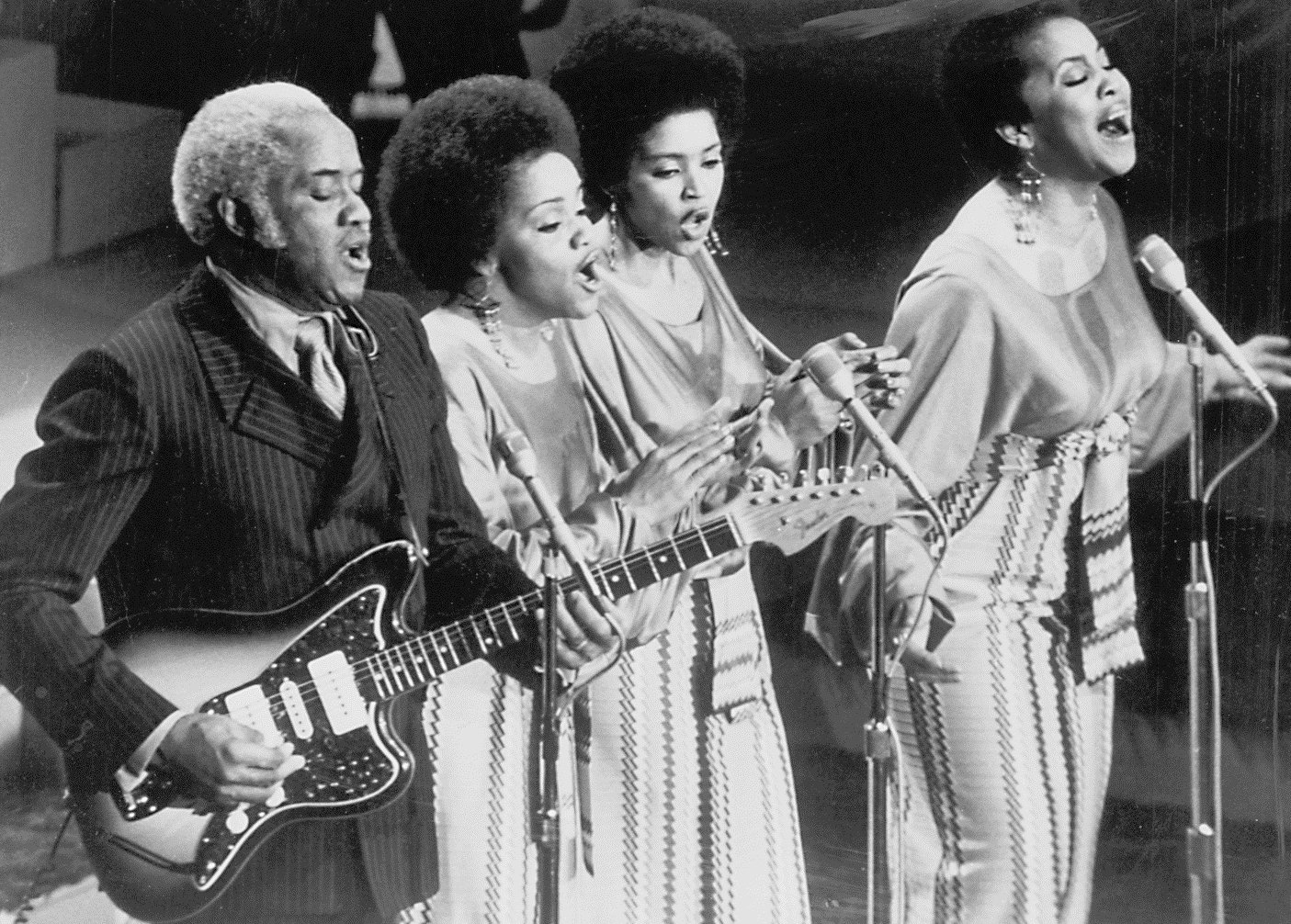 Song
Why? ( Am I Treated So Bad)
Artist
The Staple Singers
Licensed to YouTube by
SME (on behalf of Legacy Recordings); BMI – Broadcast Music Inc., LatinAutorPerf, LatinAutor, and 3 Music Rights Societies