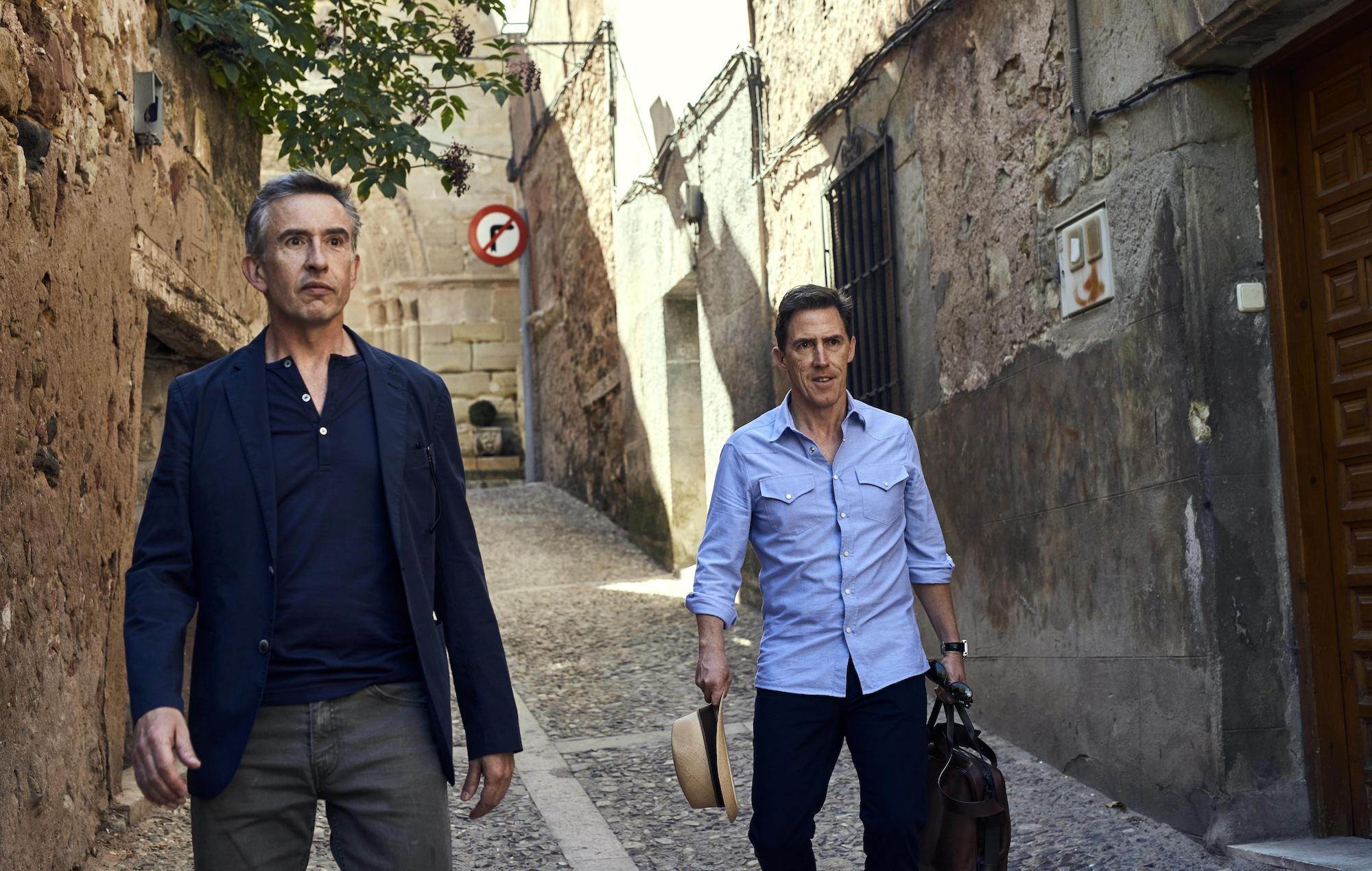 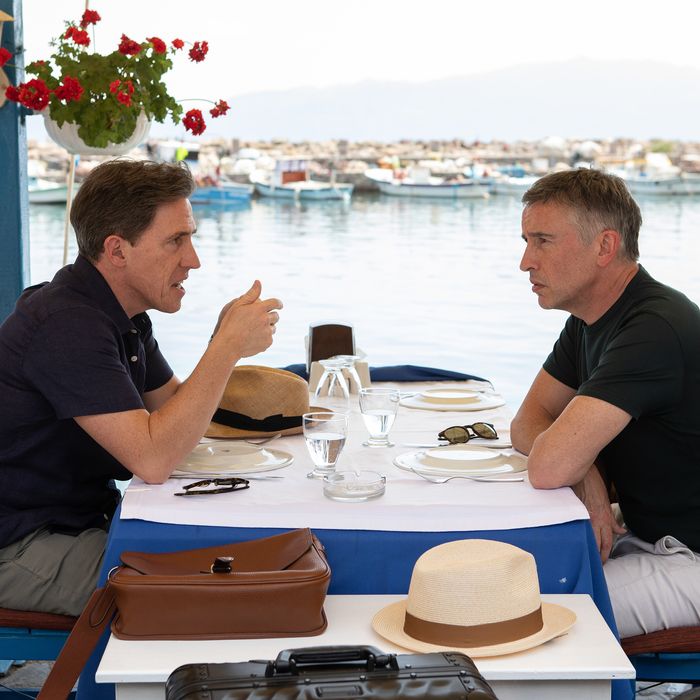 Steve Coogan and Rob Brydon talk their third series of The Trip, what it takes to be funny and their friendship, all served with a good dose of their customary bickering. Steve and Rob won the GQ’s Comedians of the Year at the 2017 Men of the Year awards.

Steve Coogan and Rob Brydon, friends, fellow comedians, actors participate in a Travel series called The Trip.  You may have caught the first 2 of these installments and now we find ourselves with the Third installment, Trip to Greece.  Steve and Rob are excellent impersonators and have several derivations for each voice they master (i.e. Michael Cane at various stages of his acting career, roles). You may tire of the apparent competitive joke reflexology of these installments but at their core there is a genuine affection and affinity for each other and their respective artistry and craft.

Coogan, Brydon and Caine – together at last!

On October 1st, 2014, the Royal Albert Hall hosted a night celebrating the career of Sir Michael Caine, in aid of the NSPCC. Jonathan Ross interviewed Sir Michael about his life and the London Symphony The orchestra played music from his movies. At the start of the night, two big Michael Caine fans paid their own special tribute to the movie icon… “A Night Out With…Sir Michael Caine” produced by Tommy Pearson, in association with Metropolis Music. Huge thanks to Steve and Rob who gave their time to support the event