Time for Ella on Durham cool? say hell yes to the best! 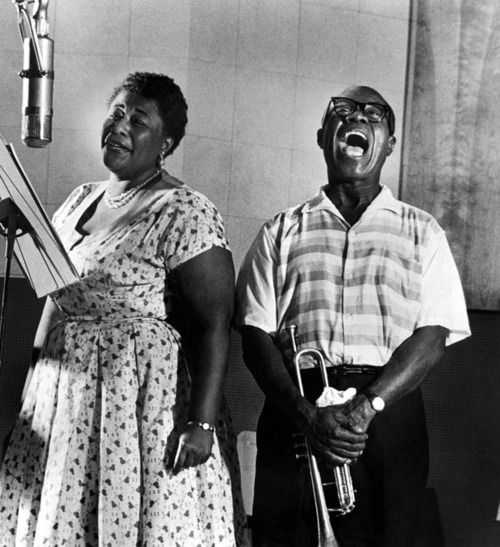 How High The Moon (1st Take) 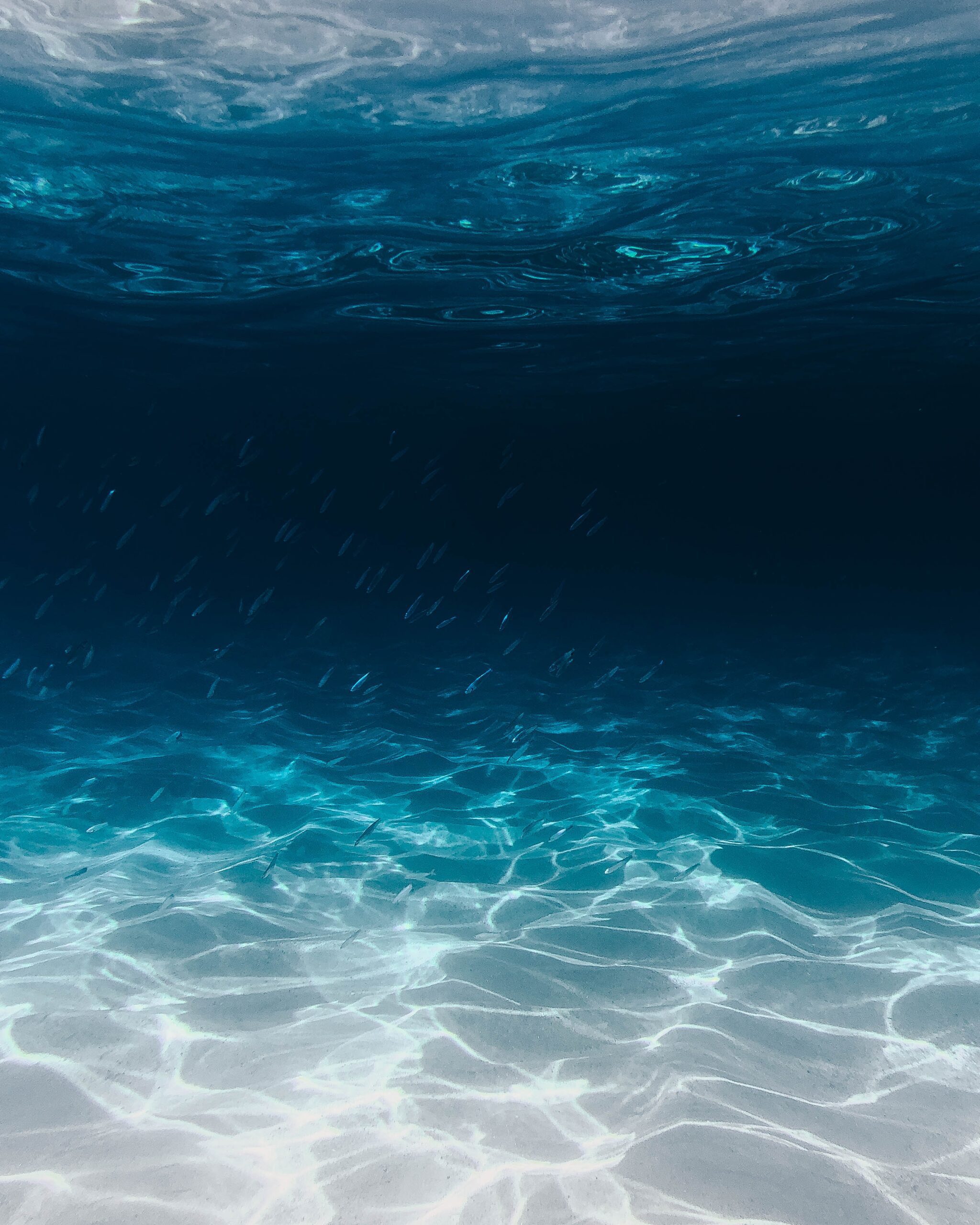 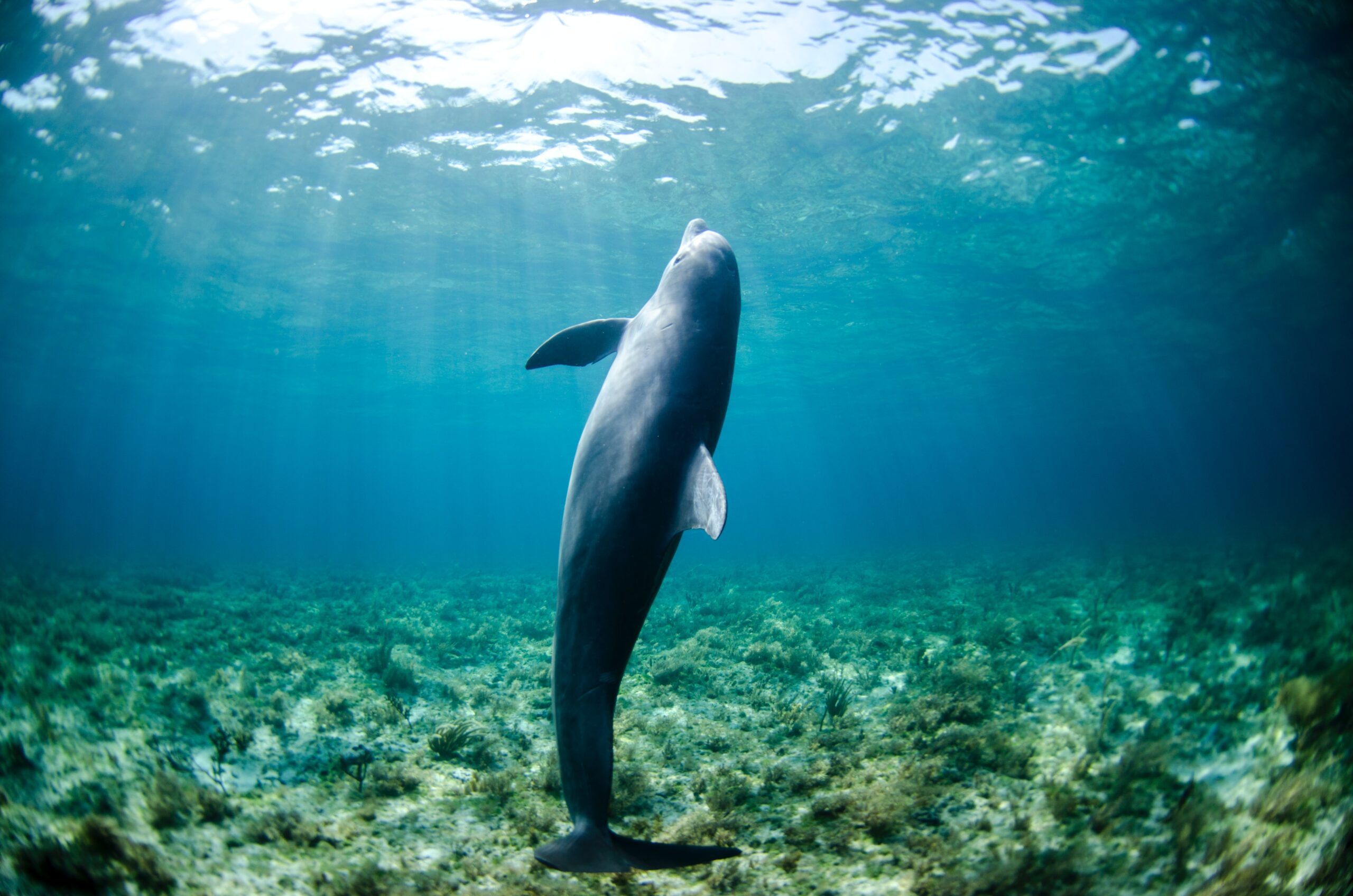 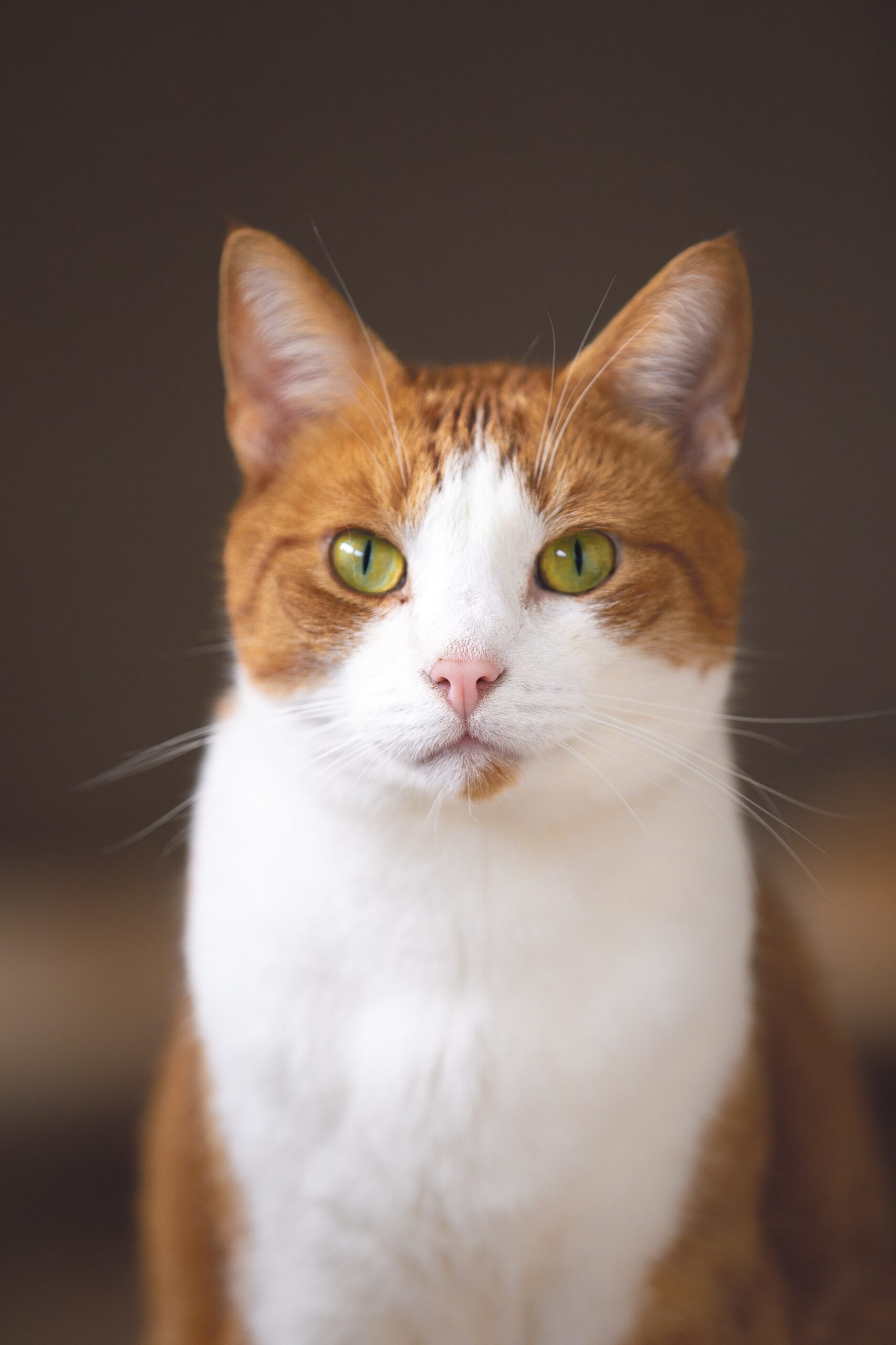 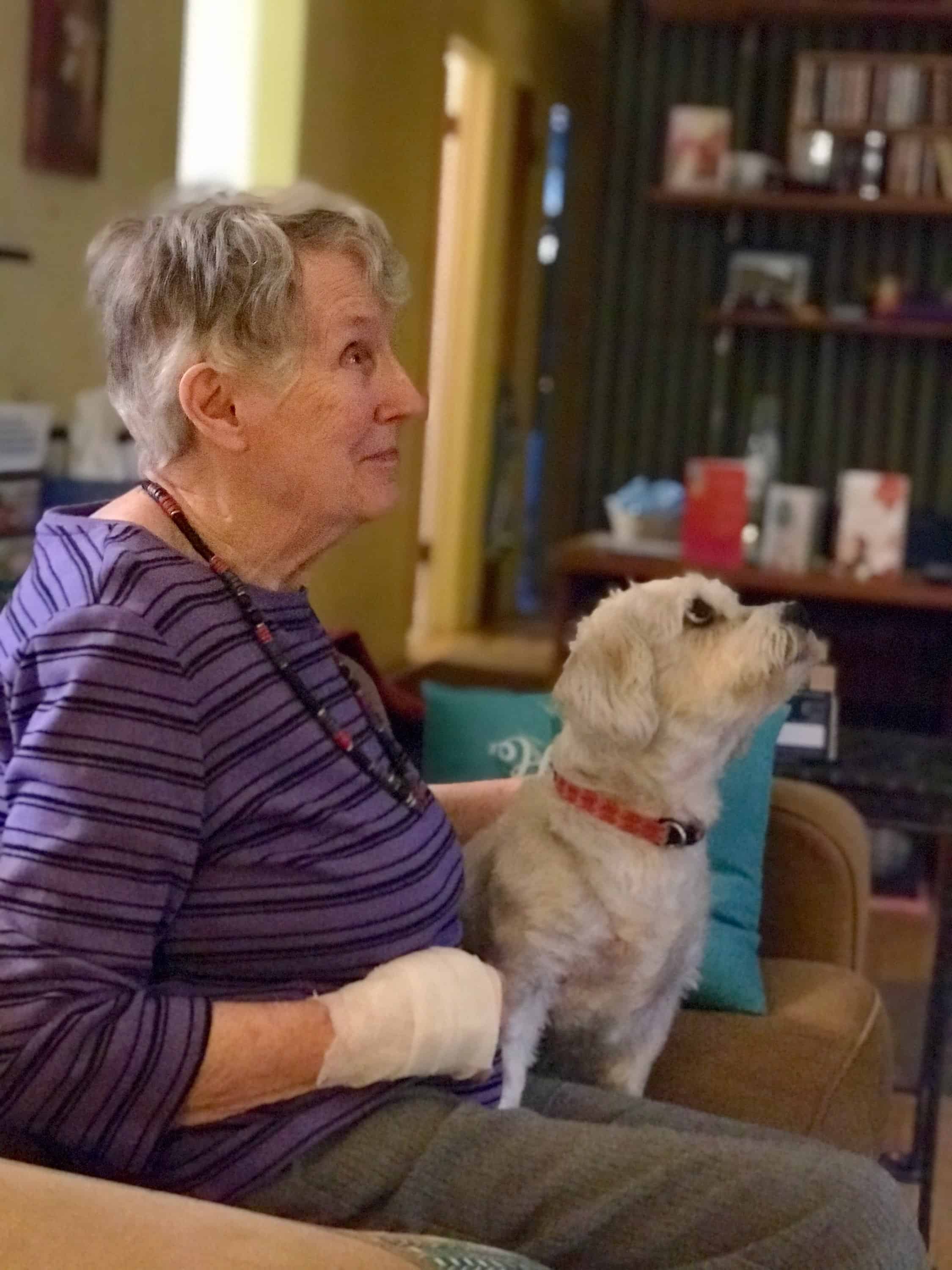 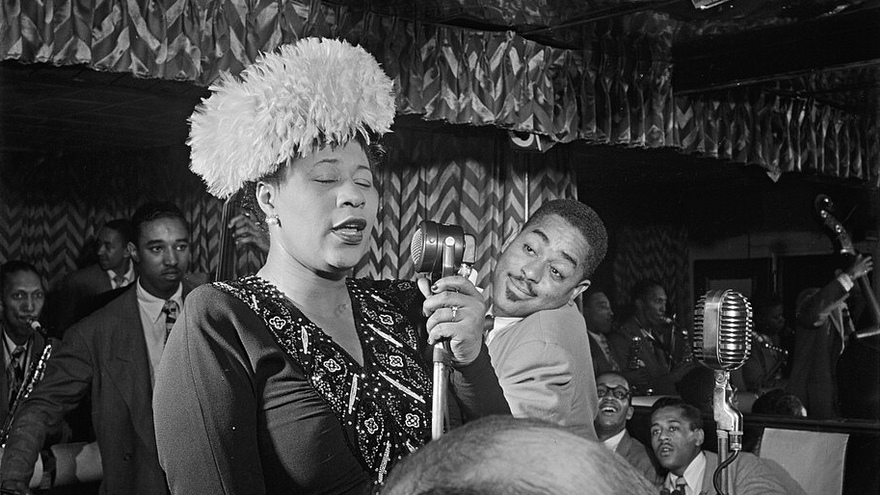 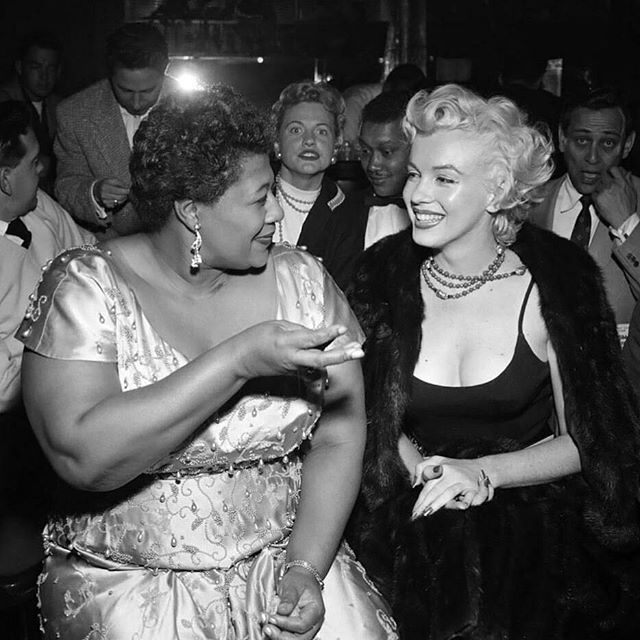 Ella Fitzgerald vocal range
According to our database the vocal range of this artist is: 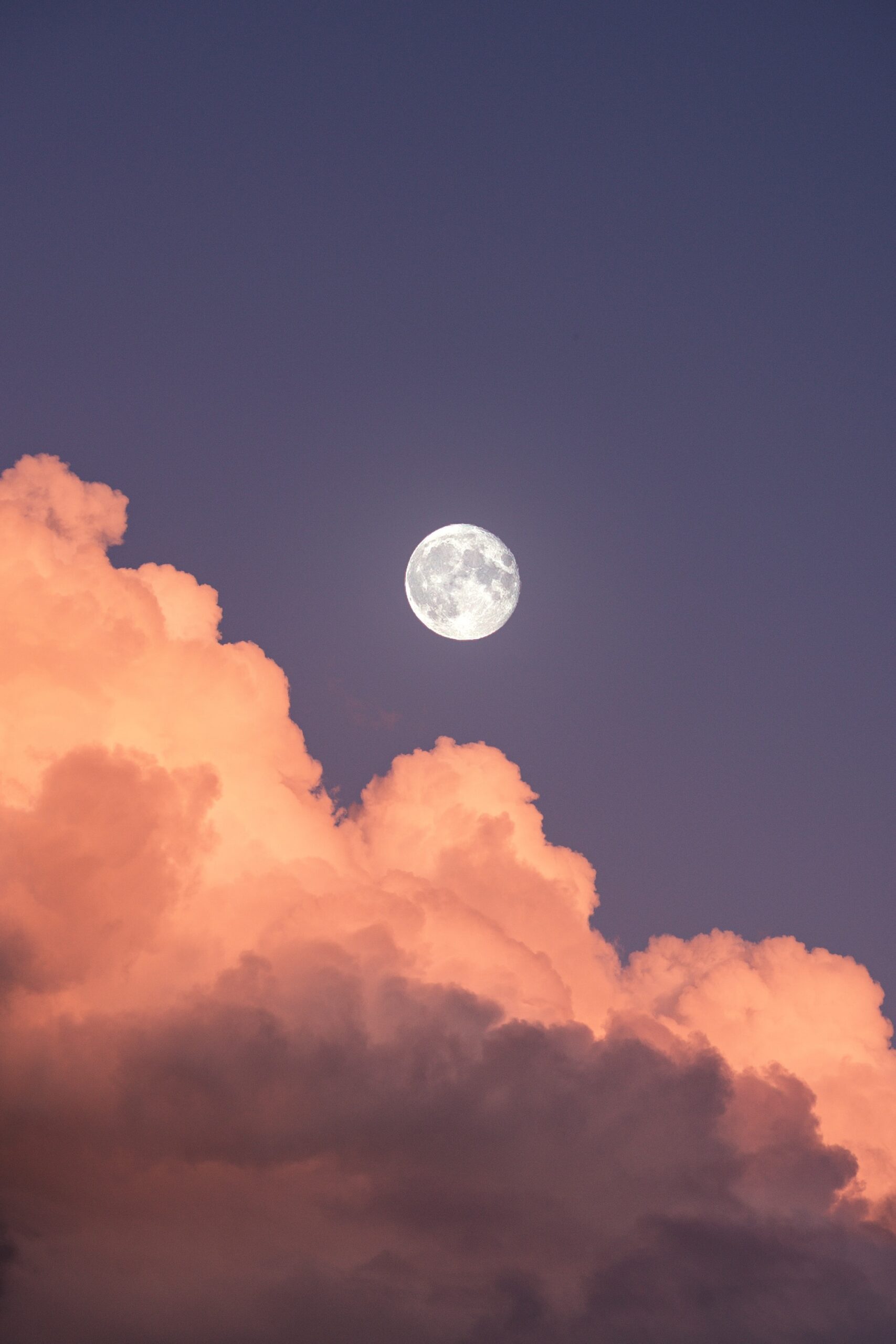 It has taken us far too long, seven years almost, to feature a tribute to our most deserving American Jazz singer, Ella Fitzgerald. Perhaps we deferred due to the plethora of living singers calling for our attention first. Regardless, please accept our full apologies for taking this long.

Visit Wiki for the complete biography and so many other dedications throughout printed and virtual media. Here at Durham Cool, we focus on our emotional attachment to certain songs, artists. Music for us is so much more than listening to a good song. Music is our entirerai·son d’ê·tre

the most important reason or the purpose for someone or something’s existence.

“an institution whose raison d’être is public service broadcasting”

Ella is my mom’s favorite. My Karamazov brothers and I were weaned on Ella singing the Cole Porter Songbook. I was cooed by her melodic voice and buoyed by her rapid-fire scat singing as a wee child. When older, I turned away from the great American heritage Jazz traditionalists and moved towards Blues, R&B, and new wave experimentalists. Ella played in the background throughout my childhood.

Now at middle age, I return to all things fabulous in our American musical traditions. We took time last year to recognize Linda Rondstadt and the new Americana Artists inspired by her like Courtney Marie Andrews and Brandi Carlile. We explored British Pop uncovering recent singers/songwriter standouts like Zak Abel. Perhaps you recall we looked at new artists, like Tyler Childers, Putting the Hurt Back in Country where it belongs, returning to the strong singer/songwriter tradition. “Have you noticed the return to quality in Country Music and the larger tent of Americana Music over the last ten years? Could this be an awakening in the broad music listening public for quality and “verisimilitude.”?

Today we look thoroughly with admiration and awe on this 2021 Presidential inauguration day to the great Ella Fitzgerald. Wow. Listen to her, “whoops forgot the lyric” moment, not skipping a full beat recovery with Master extemporaneous/gleeful pitch-perfect mimicry of Satchmo scat singing. She saved herself, amazed the audience, added much-needed joy/humor to a very dark black opera song. Ella’s improvisation of new lyrics in this Berlin performance earned her a Grammy Award. Ella is an American Treasure-she deserves your full attention and massive amounts of respect. You read this article due to Ella’s influence on my household and the American Music Traditions. Live, here, fully, brightly, NOW! 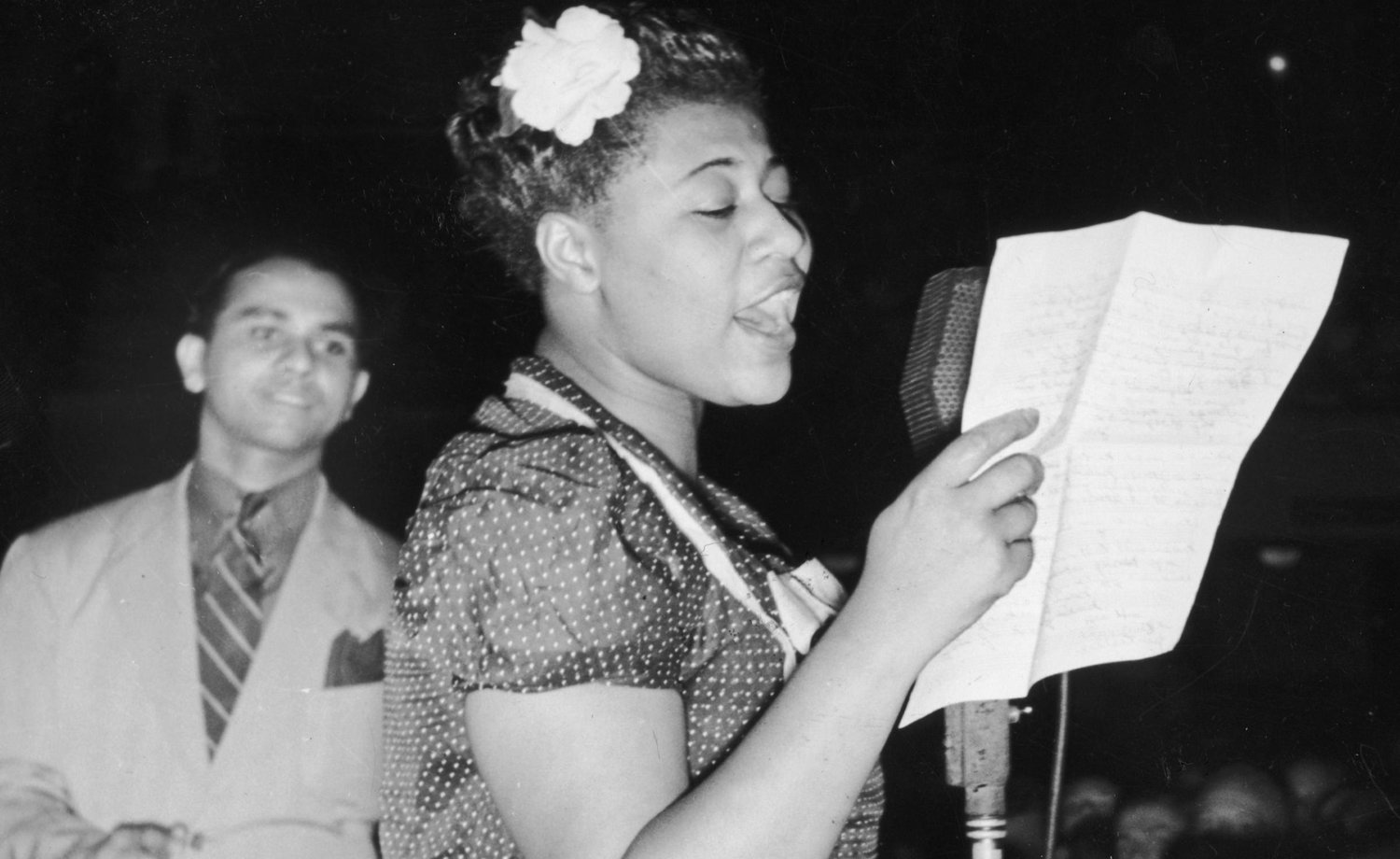 On April 10, 1933, according to records at the New York State Archives, Westchester County judge George W. Smyth sentenced a fifteen-year-old “colored” girl named Ella Fitzgerald to the New York State Training School for Girls in Hudson, NY because she was “ungovernable and will not obey the just and lawful commands of her mother.”

Judge Smyth, who would eventually serve thirty years as a Children’s Court judge, believed that parental guidance and early training in the home were the bedrock of a child’s social development. In 1933, he sentenced ten girls between the ages of 12 and 15 to the Hudson reform school, the only state juvenile institution that accepted both black and white children. Seven of these girls were “colored.”

Fitzgerald’s arrival at Hudson was recorded across the span of two pages in a “General Record of Girls Committed to the New York State Training School for Girls” logbook, as were the arrivals of six other girls — Emmabelle Cogswell, Anna Mae Cater, Doris Bazmore, Evelyn Spagner, Marion Wilson and Anna Perry — because they ran away from home, were “morally impaired,” were “incorrigible” or “wayward,” or violated “the lawful demands” of their mothers or fathers.

Ella Jane Fitzgerald was born in Newport News, Virginia, on April 17, 1917. Information about her early life is sketchy and biographical accounts sometimes differ in details.  For the most part, she was reported to be an excellent student at school, and, encouraged by her stepfather, she loved music and wanted to be a dancer. She learned dance steps at the Savoy ballroom and eventually taught dances such as the Suzie Q.  After Fitzgerald’s mother died unexpectedly in early 1932, biographers note that her mother’s sister moved the fifteen-year-old to Harlem, fearing physical mistreatment from the young girl’s stepfather. Fitzgerald soon dropped out of junior high school and, according to several sources, worked briefly as a lookout for a local brothel and her aunt’s numbers-running racket.

The Training School’s “committed girls” logbook at the State Archives in Albany, New York, shows that Fitzgerald arrived in Hudson on April 18, 1933, about a week after Judge Smyth, adjudicating her delinquent, imposed a standard sentence of three to five years.

Ella Fitzgerald Destroys the Harmonic Minor Scale, then goes off 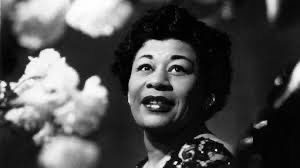 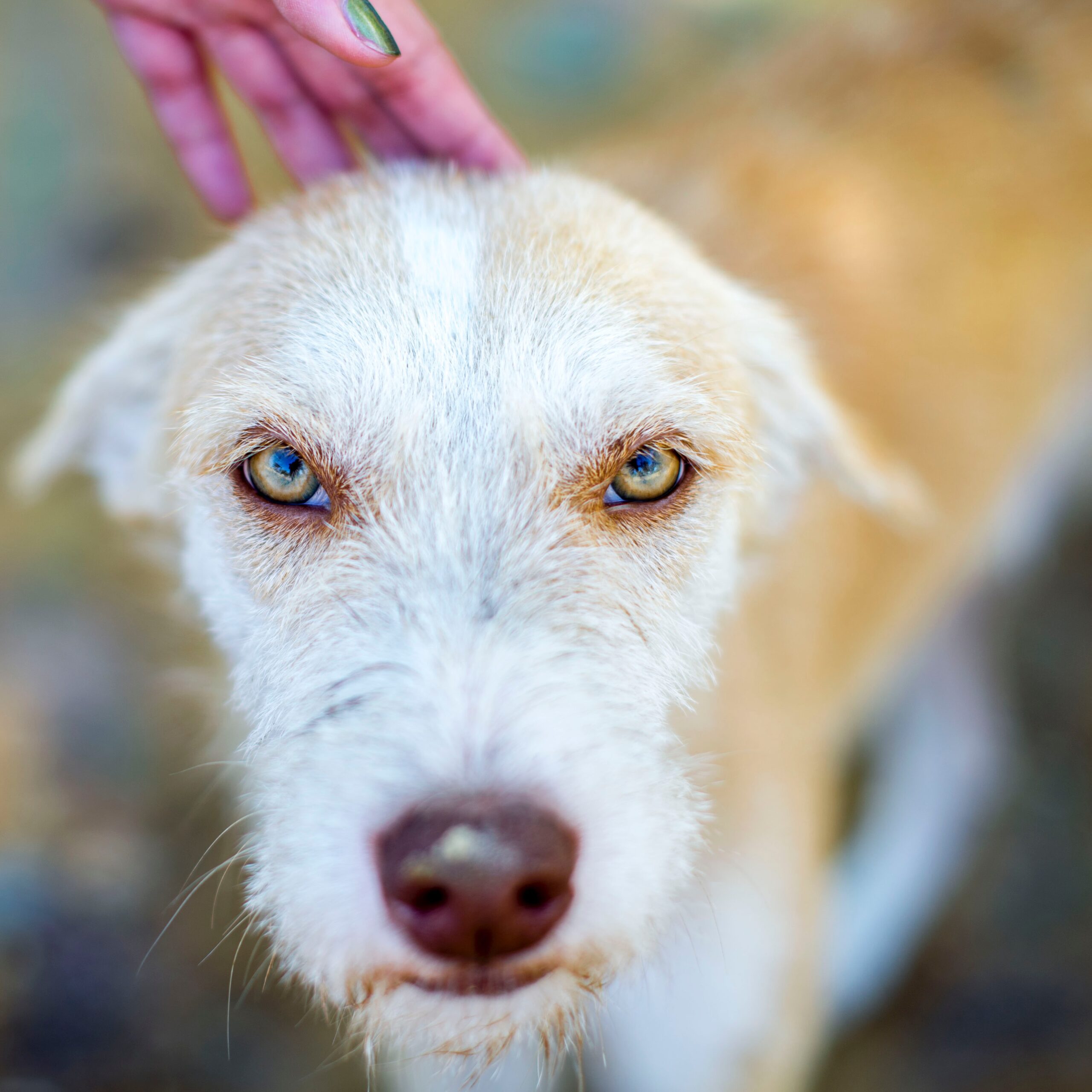 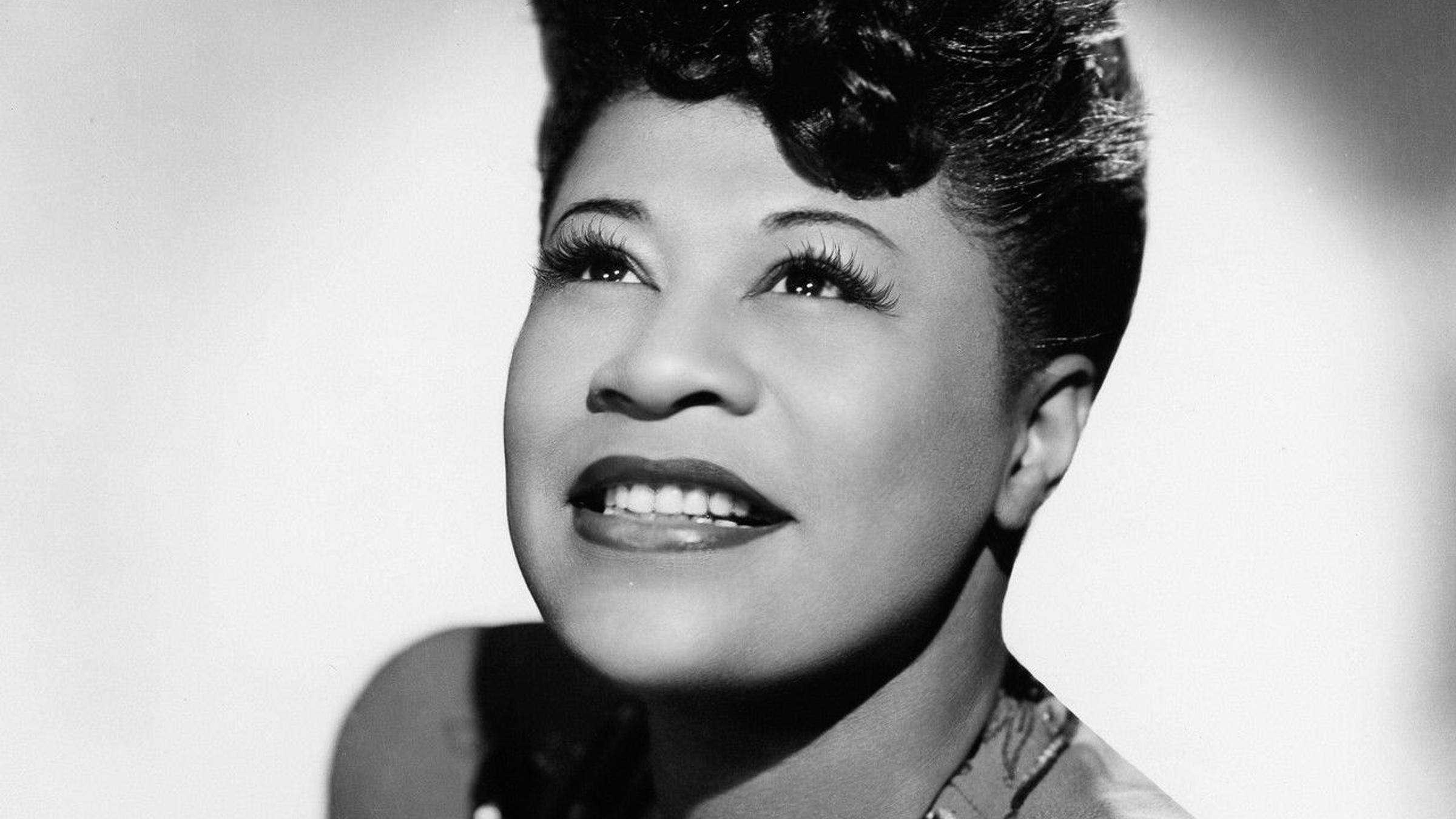 Eagle Eye Media’s Live in Montreux series continues with travel through time to June 22, 1969, featuring a performance from The First Lady of Song, Ella Fitzgerald. Featuring fully restored Black and White footage and remixed audio in 5.1 and DTS, this program presents a stunning performance from one of the most versatile jazz singers of all time. 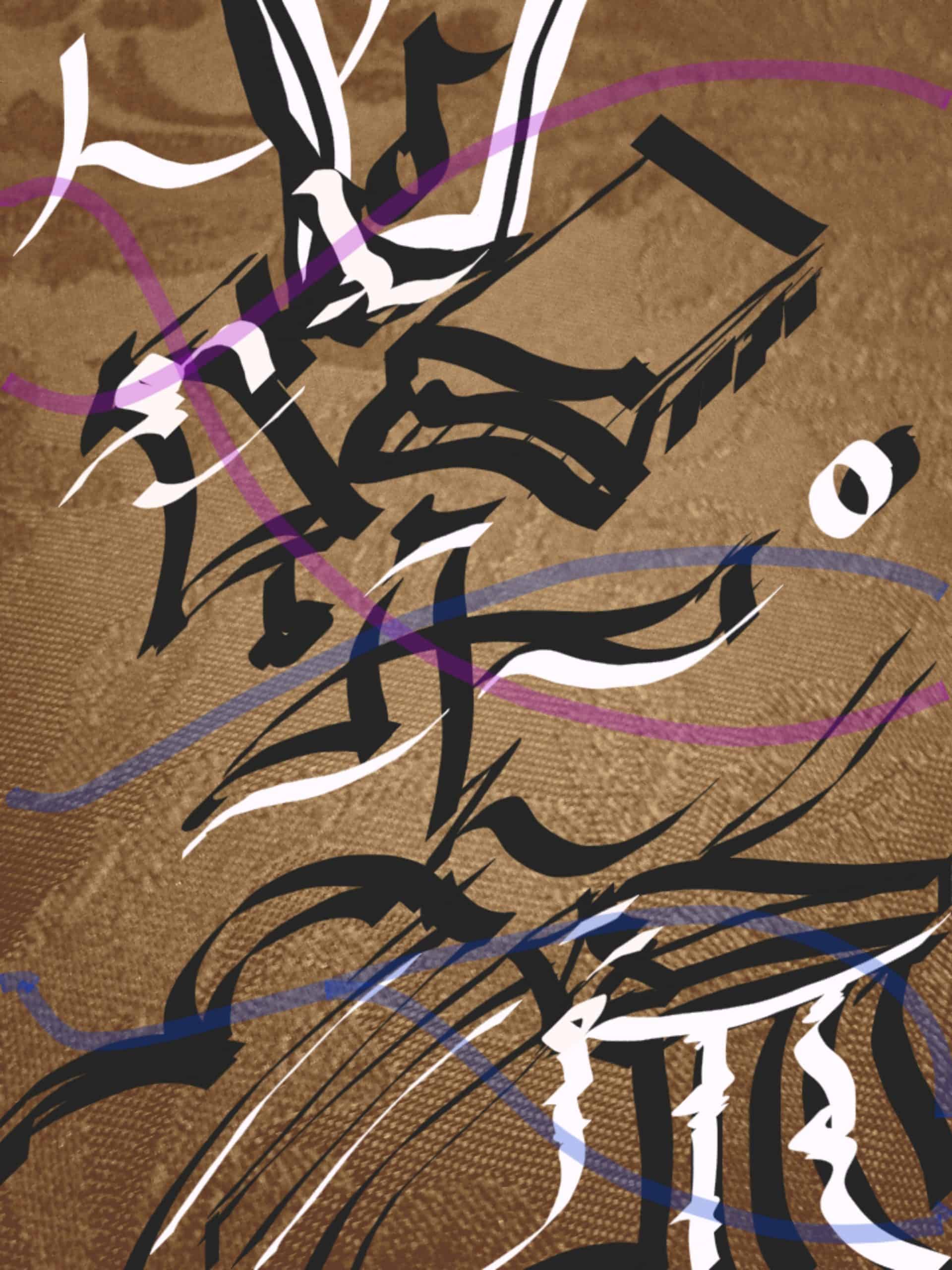 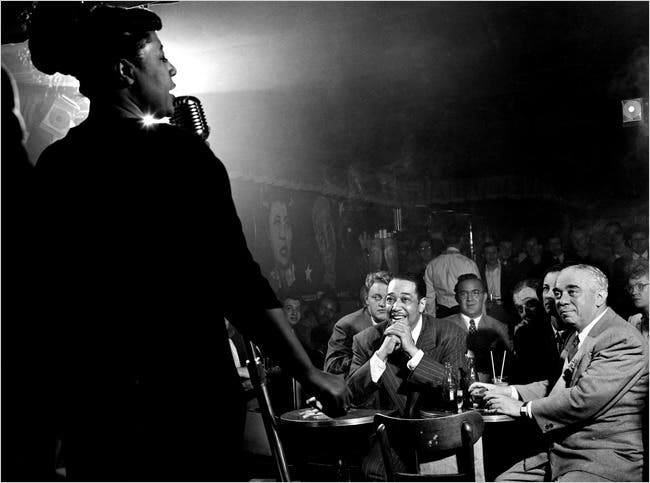 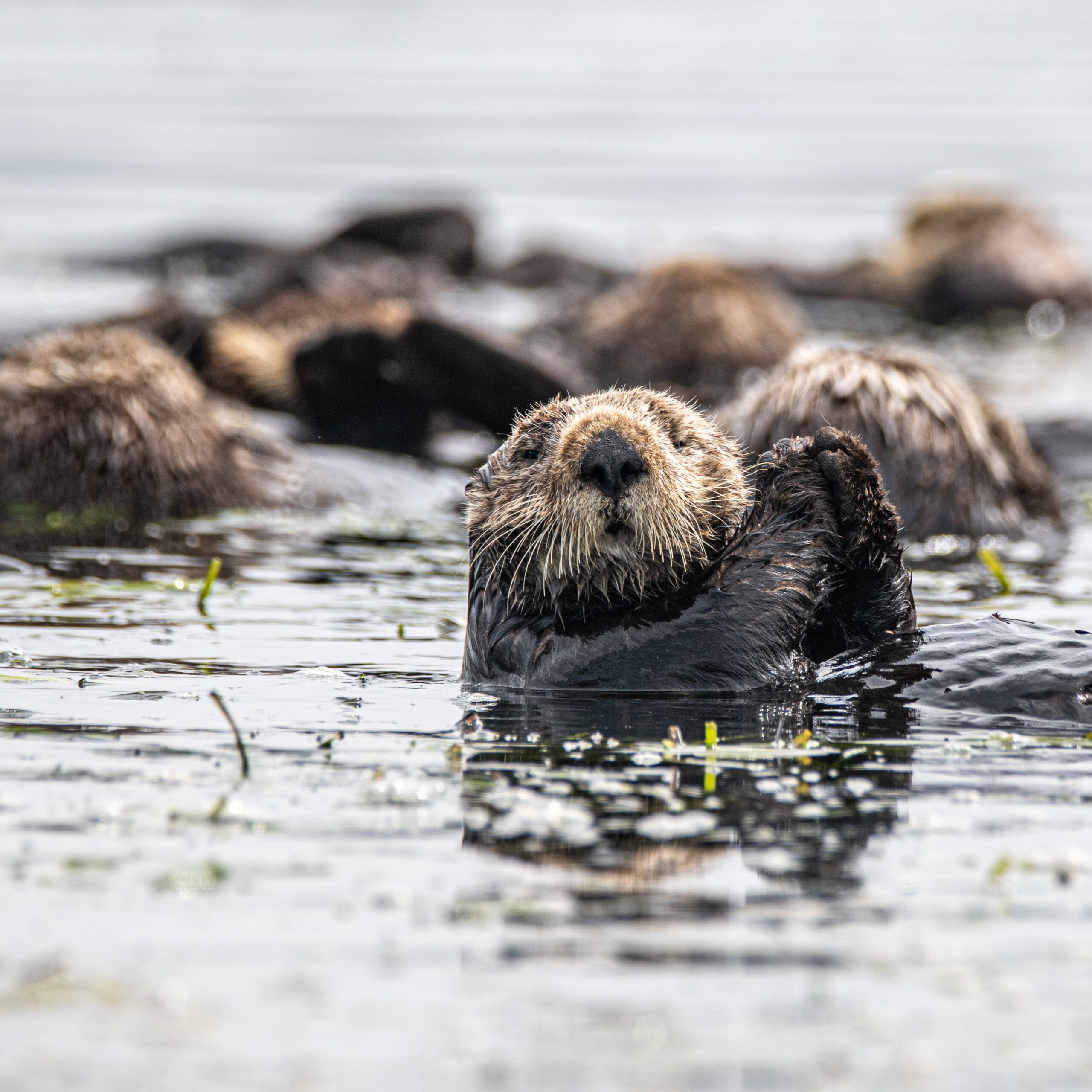 Most people who don’t know jazz can probably recognize the name of one of the genre’s best singers: Ella Fitzgerald. Fitzgerald is one of the eight women at the center of this season of NPR Music’s Turning the Tables, and she’s arguably one of the most important vocalists not just in jazz but in the entire history of American music. With an exceptional vocal style, supreme technical capabilities, and spirited energy, she was “The First Lady of Song.” By 1960, Fitzgerald had become a global sensation. That February she gave an unforgettable performance in West Berlin for an audience of thousands. On the setlist was “Mack The Knife,” a huge hit first made popular by Bobby Darin and Louis Armstrong. Fitzgerald sang the song flawlessly until about halfway through when she forgot the lyrics. But she didn’t stumble — instead, she playfully free-styled her way to the end with nonsense syllables and improvised words — the singular jazz style called scatting. This unforgettable and Grammy Award-winning performance demonstrated her masterful grace under pressure. Later in the set, Fitzgerald showed off her scat skills again in her interpretation of “How High The Moon.” Considered to be one of the best scat solos ever recorded, it demonstrates her sharp vocal control, perfect intonation, and rhythmic acumen. Besides its musical excellence, the performance also revealed her ironic sense of humor and gift for “quoting,” or referencing other songs while improvising. Jazz critic Will Friedwald says Fitzgerald was the all-time master of quoting. He remembers he once “went through the song bar by bar and pulled out 50 songs that she quoted in, like, five minutes. Just incredible the way her mind works!” While her musicianship was legendary, what may be most important is the legacy she’s left for the vocalists who followed. Before Fitzgerald, singers haven’t considered musicians the same way instrumentalists were; at that time, “the only requirement for a vocalist was to sing the lyrics,” says singer Charenee Wade. But Fitzgerald proved that singers were capable of the same level of artistry as any other member of the band. Wade continues, “I’m just thankful that she did that for us. She created a pathway for vocalists to be a part of what I consider to be all the fun.”

More in the same vein