Why Peter Gabriel is critical to all of us The opening track off the DVD film is based on his Secret World Live video. Pretty much the greatest thing I’ve ever seen. Peter gabriel, Games without frontier, no self control.live vost 1987 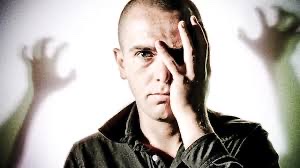 
Peter Gabriel – Live in Athens: 1987
Music in this video

In October of 1987, after many months on the road, it was in the elevated surroundings of the hillside open-air theatre at Lycabettus overlooking Athens, that the “So” tour came to a climactic close. The three nights were filmed in what was the first-ever Peter Gabriel concert to be committed to film. As a concert film, it was brilliantly shot and has now been equally brilliantly remastered, a crystal-clear record of Gabriel and the band in their mid-80s pomp. The viewer is placed right in the heart of the action all the way, from the band’s synchronized choreography on the opening number “This Is The Picture”, right through to the skin-pricking closer “Biko”. In between, we’re lost in the music, spellbound by the spectacle, totally absorbed by the imperfection-free tightness of a band that’s been on the road for so long Next good dose of UK music

THE FAMILY AND THE FISHING NET
Peter Gabriel
Munich, Olympiahalle
30/04/2014
This performance of ‘In Your Eyes’ is taken from Peter Gabriel’s ‘Secret World Live’ concert film and features the late, great Papa Wemba.

Sky Blue’ featuring the Blind Boys of Alabama. Stream/download the concert here: http://smarturl.it/growinguplive Filmed in high definition, Growing Up Live was originally released on DVD in 2003 but never on Blu-ray or digitally. The DVD is now available again and the concert is also available on Blu-ray and digital download for the first time. The Still Growing Up concert film, originally released in 2005, was filmed in standard definition only and is being re-issued on DVD.

Peter Gabriel – Shaking The Tree (Secret World) ~ 1080p HD Available Now: https://mercury-studios.lnk.to/PeterG… Peter Gabriel’s Grammy Award-winning film “Secret World Live” has now been newly restored and remastered from the original film to be seen and heard in the best possible quality on DVD/Blu-ray. http://smarturl.it/petergsecretdvdblu Filmed in Modena, Italy across two nights in November 1993 as part of Peter Gabriel’s acclaimed “Secret World Live” tour in support of the “Us” album, the show is elaborately presented and choreographed with two stages joined by a narrow pier. Peter Gabriel has always been a charismatic live performer with the ability to draw his audience into the onstage world he has created and rarely has this been better captured than on “Secret World Live”.

Taken from the Secret World Live concert film, which captures Peter Gabriel’s extraordinary 1993 live show – conceived by Peter and Robert Lepage – it was filmed across two nights (16 & 17 November) at the Palasport Nuovo in Modena, Italy. Stream/download the concert here: http://smarturl.it/pgsecretworldlive The Secret World Live tour itself was in support of Peter’s sixth solo album, US. The concert has been digitally restored and remastered from the original 16mm film stock and the audio remixed and remastered in Stereo, Dolby 5:1, and DTS Soundtracks.