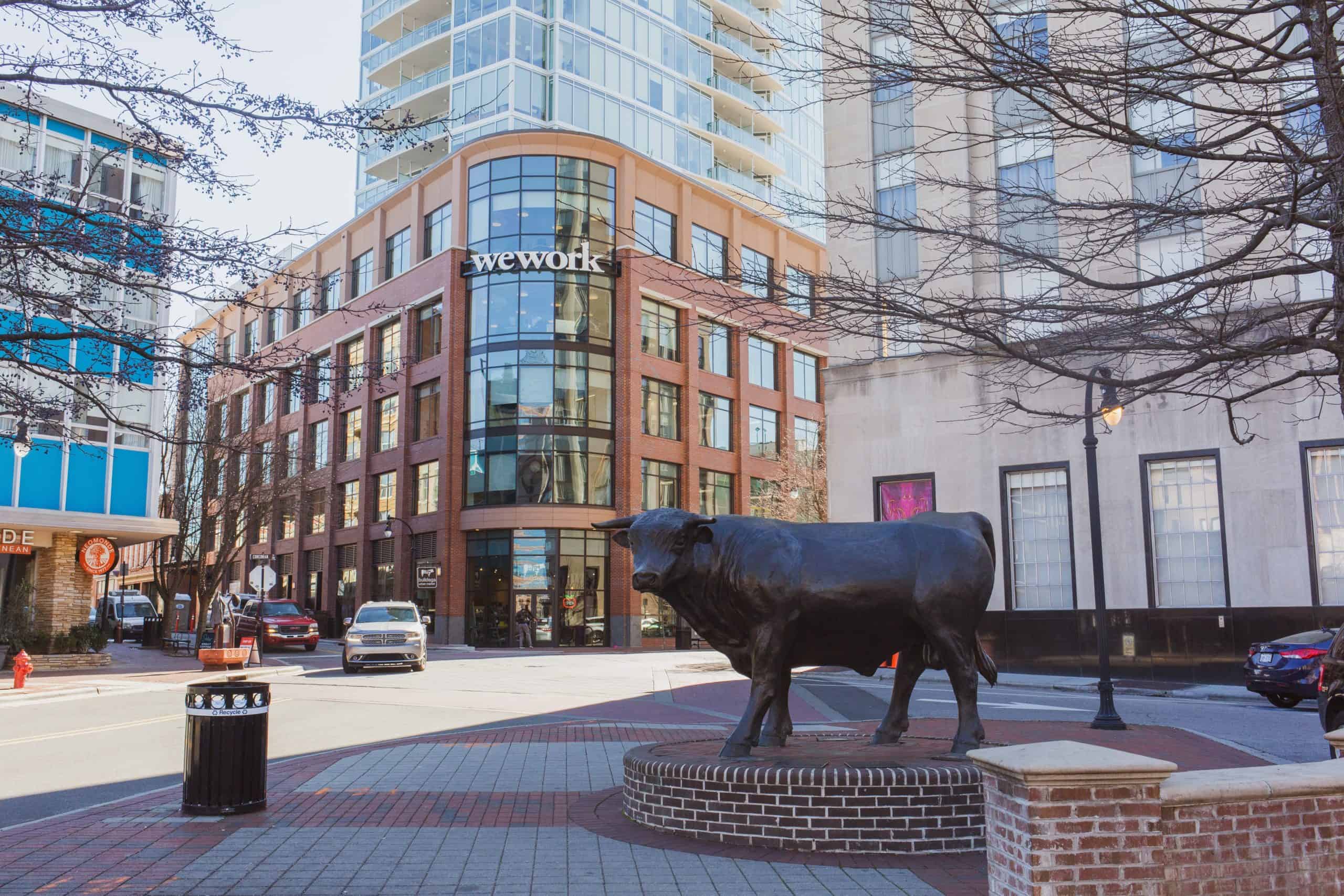 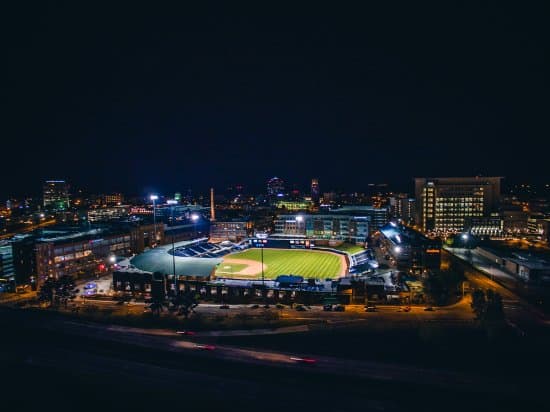 Josh Chapin Thursday, April 05, 2018 04:29AM DURHAM, NC (WTVD) — Durham, North Carolina was named the best city for millennials in the United States by Growella using data from more than 70 public resources [expand title =”For each of the 50 states, Growella asked the following questions:”] Is there a better-than-typical chance of getting a great job? Is it possible to earn a living, have a life, and still set aside money for your future? Can you find social and personal fulfillment there? Then, they placed “Best Places for Millennials to Live” into six categorical rankings: 1. How many entry-level jobs are available in the city? (7.5 percent of score) 2. How much time is spent commuting in the city? (7.5 percent of score) 3. What’s the public transportation situation like in the city? (10 percent of score) 4. How many other young people live there? (15 percent of score) 5. What’s the after-work and weekend scene like in the city? (10 percent of score) 6. How far does a paycheck get you in the city? (50 percent of score) “If you had told somebody about a 27-story building in downtown Durham 15 years ago you would’ve had a hard time winning that bet,” said Susan Amey, Chief Marketing Officer, Durham Convention and Visitors Bureau. “It’s a combination of things that feed off each other. Part of it is that we have these young, diverse entrepreneurs that have started making this home.” Growella performed research related to each city’s entry-level salary range, taxes charged to workers by the city and state, and the city’s specific cost of living to find what a dollar earned in each city is actually worth. “We used to have graduates who’d graduate and leave and go off to somewhere else. Now they want to stay,” Amey said. “We’ve had graduates of our local universities who want to come back here and live.” Tony Hill, a Durham native, was more indifferent in his sardonic analysis. “Durham has a lot of restaurants – that seems to attract millennials,” Hill said. “It seems to be all they care about – restaurants and bars so there’s that. There’s really expensive rent – they seem to like that.” Others, who have moved to Durham, seemed pleased with the area. “This area seems to be up and coming with some new spots,” said Rachel Heydeck. “So seems like a good place for millennials.” Talal Asad agreed. “I’d say it’s a good place in the country for millennials to live,” Asad said. “I wouldn’t say it’s the best – it’s a really cool city.” Learn more about Durham Bites of Bull City: M Sushi Durham Eats: A look at Bar Virgile Durham Eats: A look at 21c’s Counting House So what are the best cities for Millennials? 1. Durham, North Carolina 2. Pittsburgh, Pennslyvania 3. Nashville, Tennessee 4. Des Moines, Iowa 5. Charlotte, North Carolina 6. Syracuse, New York 7. Columbus, Ohio 8. Austin, Texas 9. Greenville, South Carolina 10. Houston, Texas 11. Albany, New York 12. Dallas, Texas 13. Indianapolis, Indiana [/expand]

What do you think about the growth of your bull city?

This is your chance to share how you really feel about the growth in the city of Durham. I hear from so many Durham residents that they’re truly surprised with the speed of and the monolithic type growth (see luxury apartment complex). There is often a curiosity as to why so many new multi-story luxury apartment complexes are coming up in the city each month? Where are the high paying jobs to support the anticipated growth? We know that many college towns throughout the country are drawing back alumni to live, 10 years after graduation with gentrification downtown. So many Duke and UNC grads are now staying rather than leaving as the jobs are here.  Why don’t we have a 24-hour diner in downtown Durham?** How many long-standing Durham NC residents have capitalized on all this new development? What about affordable housing components within this new development? One very important thought comes to mind, how do we sustain this new growth so it advantages the greater community of Durham? Most residential Durham homeowners have seen increases to their home values with corresponding higher tax value (more out of homeowner’s pocket. Other cities have thoughtfully considered how they grow to ensure the growth is sustainable. One thing so many enjoy over our brethren in Wake County is easier commutes to and from work and short drives to pick up consumables on the weekend. This particular quality of life component is one of the reasons so many of us value our lives in less traffic congested Durham NC. How mindful are we about how we grow? What is affordable housing? Affordable housing is only available to households that meet specific income limits.  ‘Market’ affordable housing – Unrestricted housing that is affordable based on price point, but is not restricted to low -income households. Unlike income-restricted housing, prices on market affordable housing can rise based on market conditions, making the housing unaffordable to low-income households. Area median income (AMI) – Area Median Income, or AMI, refers to the midpoint of the income distribution for a specific geographic area, as defined by the U.S. Department of Housing and Urban Development (HUD) using data from the U.S. Census Bureau. HUD calculates AMI levels annually, with adjustments for household size. These AMI levels are frequently used to determine eligibility for housing assistance involving federal funds. For the purposes of HUD’s AMI calculations, Durham is part of the Durham-Chapel Hill MSA. Affordable housing is not section 8 housing rather below current market rate real estate pricing designed to attract low to moderate income class adults into city centers. Nurses, fireman, trades workers, police tend to spend a higher percentage of their wallet where they reside than other more affluent consumers. Developers receive tax credits when they allow a percentage of each new project to affordable housing or allocated affordable office space. Solving affordable housing creative solutions around the US. Walk through the downtown of any major U.S. city today and it may seem counterintuitive, in the midst of today’s building boom, that we have a housing shortage. In fact, we’re in the middle of an affordability crisis. According to the Urban Institute, for every 100 extremely low-income households in need of an affordable apartment, only 29 units are available, and researchers at the Harvard Joint Center for Housing Studies found that 38.9 million households are cost-burdened, paying more than 30 percent of their income for housing. (Read on.) ** see the buried lead for Durham Cool readers you may notice this editorial cheap conceit on 24-hour diners, the missing ingredient to our success.   The main thrust of our argument is anecdotal.  It has been our utopian Aquarian experience that diners bring together all classes (castes) of people in one place sitting side by side at the counter. To whit:  the farmer sits next to the mayor who sits next to the fireman who sits next to the life science software startup CTO who sits next to the yoga instructor who sits alongside a homeless man.  An organic quorum naturally develops, intellectual, psychological creative osmosis ensues.   The Diner becomes an incubator for positive idea generation and implementation within the greater community Aforementioned brought to you by Aquarian news monthly.   We love you all the time. Read the detailed Durham NC gov document on this important topic.