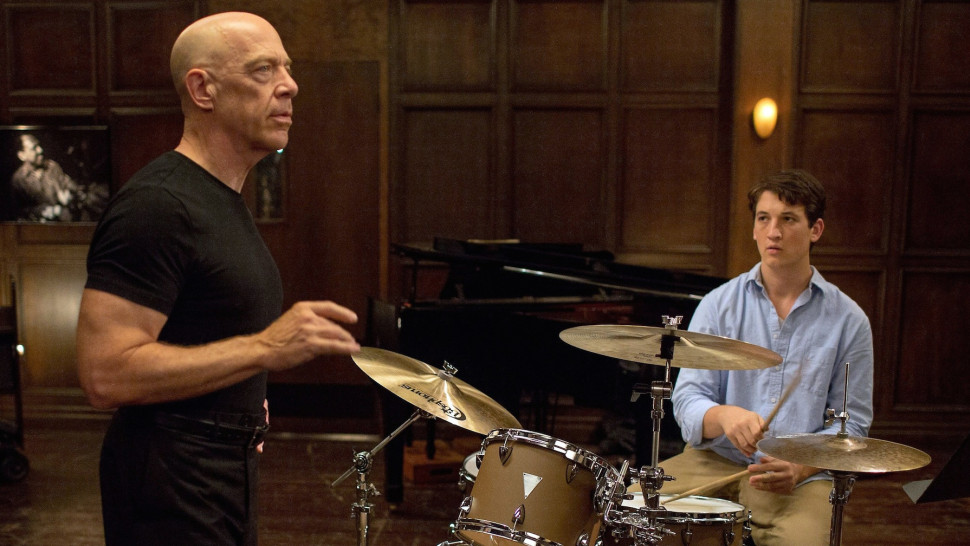 
A super intense scene by J.K. Simmons and Miles Teller in this 2014 edge-of-your-seat movie.

Whiplash (2014) – A promising young drummer enrolls at a cut-throat music conservatory where his dreams of greatness are mentored by an instructor who will stop at nothing to realize a student’s potential.


It’s the electrifying, exhilarating and intense final scene of the magnificent masterpiece that is… WHIPLASH!
Yeah, you know the one…
Other Great Endings and Beginnings

I just watched the first film by Damien Chazelle, director of La La Land, called Whiplash. A great film. Before you stream La La Land stream or purchase a Blueray copy of Whiplash. A study in excellence, see perseverance, for any child including 50-year-old men like this author.

Whiplash is a 2014 American independent drama film written and directed by Damien Chazelle. Starring Miles Teller and J. K. Simmons, the film depicts the relationship between an ambitious jazz student (Teller) and an abusive instructor (Simmons). Paul Reiser co-stars as the student’s father.

This relatively young impresario writer/director understands how to tell a story. Whiplash, woke up the sleeping dragon in me. This film is “tight” and taught as a drum skin. Please prepare yourself by drinking several teapots of chamomile tea. Watch it with your boxing gloves on. I was ready to conquer any and all phantoms, fears, inner dragons after watching this potent and impact ripe film. Lives up to all of the hype.

Purchase this DVD or Blueray, especially if you have children. The language and subject matter is best suited to children over the age of 16. Use your discretion.